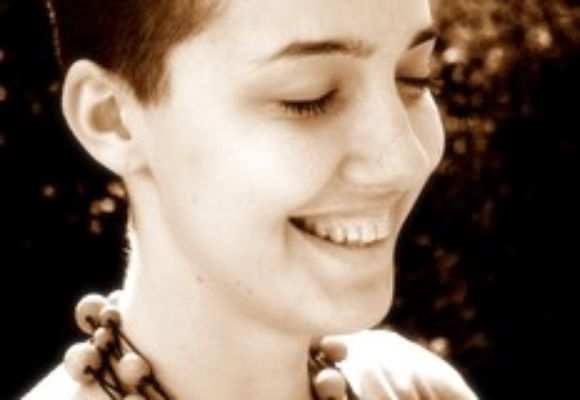 The Spencer Murphy Trio and After -hours Jam Session

Kaja Draksler (born 1987 in Kranj, Slovenia) started to play piano at the age of four in a small village music school. At the age of twelve she was accepted at The Secondary Music School in Ljubljana, where she continued with her studies in the jazz department. After graduation (2005) she decided to continue her studies at Prince-Claus Conservatorium (Groningen, Holland) as a student of Marc van Roon(NL), Michael Moore(USA) and David Berkman(USA). Her first noticeable project was Trio K4, with her original music written for violin, cello and voice also collaborating with theatre and poets. She was touring Belgium and France with K4 in 2004. The same year she was invited to work with Diocesian youth choir touring Germany and Sweden. In Holland she started with a new international project (Katarchestra) arranging traditional European melodies for 8 piece band. In summer 2007 they had a successful tour through Slovenia as a promotion of their debut CD. She has been playing in big band Stageband (winner of The Dutch Big Band contest 2004 and National Big Band contest 2006 and 2007), in 2005 she worked as a member of Suna quintet (mixing Balkan/ Eastern music with jazz), since 2006 she plays in Kristijan Krajn

an Contemporary Jazz Ensemble. In August 2006 she won 2nd prize jury award and 1st prize audience award for composition Mr. Falajk on competition Jazzon for the best Slovene composition. Same year she was invited to work with European Movement Orchestra (GER, POR, SLO) for which she was also commissioned to write music. They were touring Germany, Portugal, Slovenia, Croatia, Italy, Belgium, Austria, performing mainly on big festivals and in major concert halls...In 2006 she wrote a concert for accordion and orchestra in three movements entitled Orpheus and Eurydice performed and recorded by Janez Dovc and Slovenian Philharmonic Orchestra in May 2007, released the same year under the record label of Slovenian Philharmony.  In summer 2008 she released her second project as a leader; Akropola. With her Akropola quartet she performed on several stages (49th Jazz Festival Ljubljana, Keltika Jazz Festival, Jazz Lent,...). Sheis working regularly as a composer and piano player with Romana Krajncan chansons project Vonj po ljubezni. In autumn 2008 she did an exchange to Purchase School of Music, SUNY (New York).As a composer shehas been working with The Radio TV Big Band Slovenia, Slovenian Philharmonic Orchestra and several other small groups in Slovenia and Holland (group Jararaja, cello ensemble (octet), brass nonet...).Currently her quartet is starting a new project inspired by Turkish tradition featuring a great Turkish singer Sanem Kalfa. In March 2009 she participated in Arrangers Workshop led by Vince Mendoza and Metropole Orchestra.In April 2009 she won the prestigious Deloitte Jazz Award.