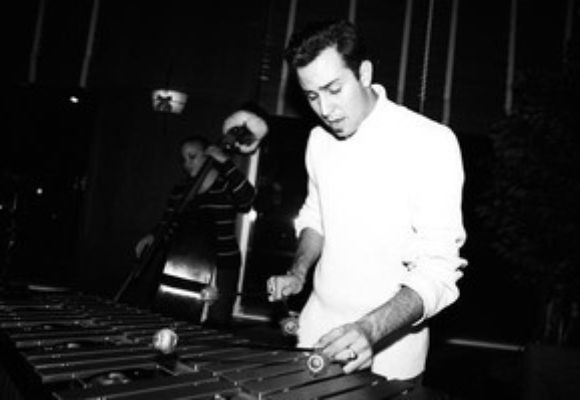 Go to event
Christian Tamburr is a multi-instrumentalist, accomplished on the piano and trapset as well as world and orchestral percussion. However, his true talent is exhibited on his instrument of choice, the vibraphone. Confirmed in May of 2001 when in their annual poll of collegiate musicians, Downbeat Magazine awarded him "Outstanding Solo Jazz Performance". Christian is currently the leader of the critically acclaimed Christian Tamburr Quartet, a four-piece acoustic jazz group. After a year and a half of touring around the world Christian just returned home from working as Musical Director and Pianist for Latin Vocal Legend Julio Iglesias. Starting in May of 2009 Christian will work as Musical Director and Bandleader for a brand new Cirque du Soleil show in Macau, China. Christian first started performing jazz at the age of 14, now 28 he has since had the opportunity to work with many jazz legends including, Ira Sullivan, Kenny Barron, Clark Terry, James Moody, Benny Green, Bucky Pizarelli, Kevin Mahogany, Nicolas Payton, Art Van Damm, Slide Hampton, Bob Mintzer, Milt Hilton, Dick Hyman, Bob Haggart, Mark Murphy, Eric Marienthal, Marcus Printup, and Bunky Green to name a few. Christian has performed as a guest artist with Dave Brubeck, as a solo percussionist with Michael Feinstein, and opened for Harry Connick, Jr. In the summer of 2006 Christian Tamburr and Regent Cruise Lines produced a Baltic Jazz Cruise. For five weeks Christians septet toured and performed throughout Scandinavia including performances at Street Life, the prestigious jazz club in downtown St. Petersburg Russia. Over the past four years Christian and his quaret have performed at the Kennedy Center in Washington DC, Lincoln Center in New York City,The Atlanta Jazz Festival, Atlanta Jazz Festival, the Harrington PA Jazz Festival, the New Jersey Jazz Festival, the Cocoa Beach Jazz Festival and the Ravinia Jazz in June residency. In 2008 the group traveled to Japan for a 3-week tour performing on festivals and clubs around the country. In December of 2005 Christian and bassist Elisa Pruett were hired to play for NBA legend Micheal Jordan in Charlotte, NC. In 2002 as a member of the Noel Friedline Quintet, Christian was hired to perform for Julia Roberts at her highly publicized, surprise birthday party in New York City. In winter of 2006, Christians first album  Move was released as a part of a Starbucks? Gift Set available around the country. In February of 2007, Christian joined Latin vocal star Julio Iglesias performing as his featured pianist and shares as musical director. Although rooted in jazz, Christians ability to be diverse in the music industry has allowed him to be successful in multiple genres of performance and recording. The world tour has included stops throughout the US, Mexico, Argentina, Paraguay, The Dominican Republic, Portugal, Sweden, Latvia, Lithuania, France, Spain, and Monaco, South Africa& just to name a few. Christian works as a producer, arranger, and writer for many groups of all styles around the country. Famed magicians Penn and Teller hired Christian to write and teach them music for their stage show in Las Vegas. Off the stage, Christian also works as a clinician, teaching high school and college students all around the country. Clinics vary from working with jazz big bands, small groups, and improvisation, to percussion technique for mallets in the concert or marching idiom. Christian is endorsed by Receptor Muse, Promark sticks and mallets, and plays exclusively Musser vibraphones.