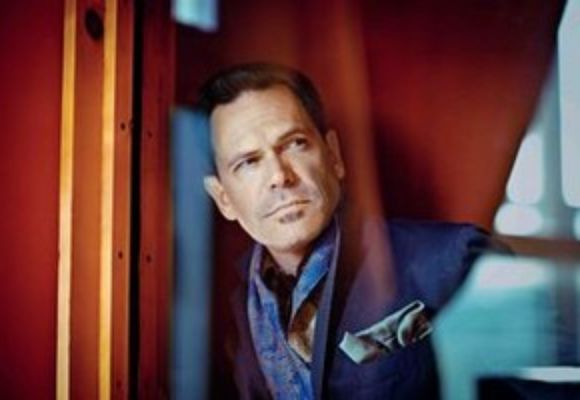 GRAMMY winner Kurt Elling is among the worlds foremost jazz vocalists. He won the DownBeat Critics Poll for fourteen consecutive years and was been named Male Singer of the Year by the Jazz Journalists Association eight times in that same span. Every one of Ellings ten albums has been nominated for a GRAMMY.

Ellings rich baritone spans four octaves and features both astonishing technical mastery and emotional depth. His repertoire includes original compositions and modern interpretations of standards, all of which are springboards for inspired improvisation, scatting, spoken word and poetry.

The New York Times declared, Elling is the standout male vocalist of our time. The Washington Post added, Since the mid-1990s, no singer in jazz has been as daring, dynamic or interesting as Kurt Elling. With his soaring vocal flights, his edgy lyrics and sense of being on a musical mission, he has come to embody the creative spirit in jazz.

Elling was the Artist-in-Residence for the Singapore and Monterey Jazz Festivals. He has also written multi-disciplinary works for The Steppenwolf Theatre and the City of Chicago. The Obama Administrations first state dinner featured Elling in a command performance.

Elling is a renowned artist of vocalesethe writing and performing of words over recorded improvised jazz solos. The natural heir to jazz pioneers Eddie Jefferson, King Pleasure and Jon Hendricks, Elling has set his own lyrics to the improvised solos of Wayne Shorter, Keith Jarrett and Pat Metheny. He often incorporates images and references from writers such as Rilke, Rumi, Neruda and Proust into his work. The late poet and Bollingen Prize winner Robert Creeley wrote, Kurt Elling takes us into a world of sacred particulars. His words are informed by a powerful poetic spirit. Said Robert Pinsky, former Poet Laureate of the United States, In Kurt Ellings art, the voice of jazz gives a new spiritual presence to the ancient, sweet and powerful bond between poetry and music.

Kurt Elling has toured vigorously throughout his career, thrilling audiences throughout the world. In that time he has led his own ensemble and has collaborated with many of the worlds finest orchestras.