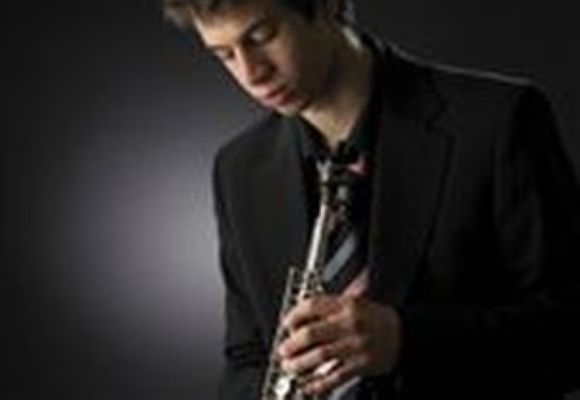 The Le Boeuf Brothers giving away 30 *FREE CD's* at the show!

Go to event
Michael Ruby - Saxophonist, composer, and bandleader, Michael was born in Toronto in 1987 and is now living in New York City. Michael started playing the alto saxophone at the age of fourteen, influenced by Charlie Parker. He immediately started to study alto saxophone with Alex Dean. At seventeen, Michael knew his career path, and started to play tenor saxophone, soprano saxophone, clarinet, and flute. Michael went to the Humber community music program in his last two years of high school, where he had instruction from Michael Brecker, Dave Holland, Dave Liebman, and other esteemed musicians. Before entering into university, Michael was already becoming internationally recognized, being awarded with a downbeat jazz magazine award for outstanding performance on the tenor saxophone, the Humber College Community Jazz Program Woodwind and musicianship Awards, and was selected to play with the Yamaha/Canada All Star Jazz Band. In 2006 Michael attended the University of Toronto on three merit based scholarships. That summer, he attended the Banff International Jazz Orchestra directed by Hugh Fraser and the Jazz Workshop directed by Dave Douglas. In 2007, Michael moved to New York City where he was awarded with the President's Award to study at the Manhattan School of Music. He is currently pursuing his masters degree on full scholarship. Michael is already building a reputation in New York, playing gigs around Manhattan as a sideman, and touring with bands such as the Ari Hoenig Quartet and the Le Boeuf Brothers.Michael has studied privately with George Garzone, John Riley, Miguel Zenon, Dave Douglas, Steve Wilson, and Donny McCaslin, amongst others. He has performed as a sideman with such notables as Hermeto Pascoal, Ari Hoenig, Chucho Valdes, and many others.In 2006, Michael was the winner of Jazz FM's Project Jazz Award, which provided Michael a contract with Alma Records. He recorded his debut album entitled "Play Time" in 2006, and it was released late in 2007. Play Time is distributed by Universal Music and can be purchased on I TUNES or at any major record store. Mike Ruby exhibits impressive command of his instrument The quicksilver ease with which he navigates ... is enviable. Downbeat Magazine