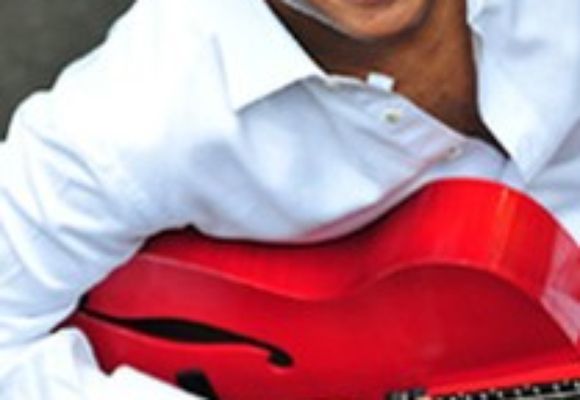 Mark Whitfield graduated from Boston's prestigious Berklee College of Music, the world's foremost institute for the study of Jazz and modern American music, in the Spring of 1987 having studied composition and arranging as well as all styles of guitar performance. Upon graduation, he returned to his native New York to embark on a career as a jazz guitarist that afforded him the opportunity to collaborate with many legendary artists including Dizzy Gillespie, Art Blakey, Clark Terry, Jimmy Smith, Carmen McCrae, Herbie Hancock, Quincy Jones, Jack McDuff, Betty Carter, Shirley Horn, Ray Charles, Gladys Knight, Burt Bacharach, Joe Williams, Wynton Marsalis, Bradford Marsalis, Stanley Turrentine and his greatest teacher and mentor George Benson.

Along the way, the New York Times dubbed Whitfield "The Best Young Guitarist in the Business" and in September of 1990 Warner Bros. released his solo debut, "The Marksman". The success of this release has led to a recording career that has produced 14 solo projects to date and a myriad of collaborative efforts with some of the most important artists in recent years; Sting, D'Angelo, Mary J. Blige, Chaka Khan, John Mayer, Jill Scott, Roy Hargrove, Diana Krall, Lauryn Hill, Sy Smith and Chris Botti.

In September of 2005, Mark Whitfield accepted the invitation to join the faculty at his alma mater, teaming up with Joe Lovano, Ralph Peterson, Danilo Perez, and Terry Lynn Carrington as "Artists in Residence" at the Berklee School.

While maintaining a teaching schedule that requires his presence on campus 1 day a week for 14 weeks/per semester, and a touring schedule that includes at least 100 concert dates/per year with trumpeter Chris Botti, Whitfield still manages to remain active as a solo artist and 2008-2009 will see the release of his latest solo effort; a Stevie Wonder tribute entitled "Songs Of Wonder" and 2 collaborative projects with long time friends Christian McBride and Nicholas Payton.