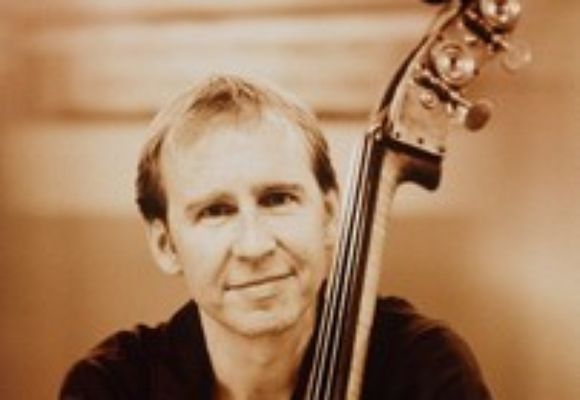 Bassist/composer Drew Gress performs extensively with artists on the cutting edge of contemporary improvised music. His latest project as a leader, 7 BLACK BUTTERFLIES (Premonition Records), features 9 of Drew3 newest original compositions and was released in MAY 2005. This was the follow up to 2001's SPIN & DRIFT, which received widespread critical acclaim and also featured Drew's pedal-steel guitar playing. He also leads the quartet Jagged Sky; their debut recording, HEYDAY(Soul Note) was released in 1998 and is now considered somewhat of an underground classic. Previously, he was a founding member of the cooperative quartet Joint Venture, producing three albums in the early 1990s for Enja: Joint Venture, Ways, and Mirrors.

When Drew is not leading his own ensembles, he can be heard within those of Ralph Alessi, Tim Berne, Uri Caine, Gerald Cleaver, Ravi Coltrane, Marc Copland, Fred Hersch, John Hollenbeck, Tony Malaby, and Mat Maneri.

Drew has toured North, South, and Central America, Europe, and Asia, and has served as Artist-in-Residence at St. Petersburg Conservatory in Russia and at the University of Colorado-Boulder. The Gaurdian selected a concert given by his Spin & Drift quartet as London's Best Jazz Concert for 2002, and in the same year he received a SESAC Composer's Award; this in addition to previous grants from Chamber Music America, the National Endowment for the Arts, and Meet the Composer. He currently resides in New York.

Drew is an Endorsing Artist for Thomastik strings.