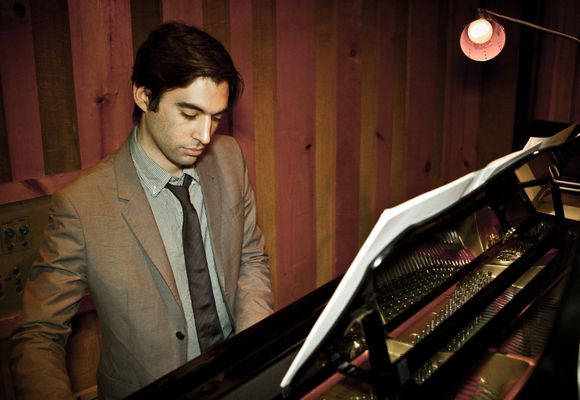 Julian Shore has been called a pianist/composer who beyond the obvious elegance of his playing has a clear sense of the bigger artistic picture (Peter Hum, Ottowa Citizen). An "extremely precocious, serious musician (JAZZIZ) he "riffs and waxes with a sense of space usually reserved for more veteran players." (DownBeat)

From Narragansett, Rhode Island, Shore grew up listening to his father playing Bach on his home piano and would often sing along as a toddler. After starting piano lessons at a young age he began studies with famed educator Hal Crook as a teenager. Shortly thereafter Shore was awarded a full scholarship to Berklee College of Music where he entered in Fall 2005. During his time there, under the mentorship of Danilo Perez, he performed in a young musicians ensemble in the Panama Jazz Festival, learning from Wayne Shorter, Brian Blade and many others while there. He graduated in 2009 and shortly after moving to New York, had a brief stint with singer Gretchen Parlato, touring with her band in early 2010 and then performing at the Stockholm Jazz Festival with her later that year. Since then he has continued to appear as both leader and sideman in New York where he is based, and across the globe. He has had the opportunity to perform or record with musicians such as Gretchen Parlato, Ferenc Nemeth, Kurt Rosenwinkel, Gilad Hekselman, Chris Cheek, Kendrick Scott, Mark Giuliana among many others.