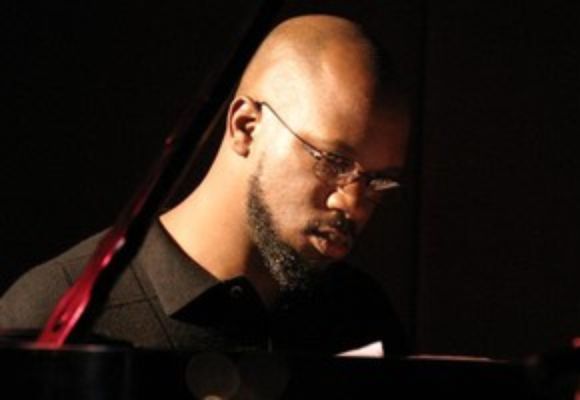 Since moving to New York in the winter of 1995 Orrin Evans has been recognized as one of the most distinctive and inventive pianist of his generation. In a short span of time Orrin has earned the titles of pianist, composer, bandleader, teacher, producer and arranger.

Growing up in a musical city like Philadelphia was extremly important to early development of Orrins career. Philadelphia afforded Orrin the opportunity to study informally with the likes of Trudy Pitts, Shirley Scott, Mickey Roker, Bobby Durham, Edgar Bateman, Sid Simmons, and formally with William Whitaker, Jack Carr, and Charles Pettaway. In 1993, after attending Girard Academic Music Program, Orrin was accepted into the Mason Gross School of The Arts at Rutgers University. While attending Mason Gross some of his teachers included Kenny Barron, Joanne Brackeen, Ralph Bowen, & Ted Dunbar. They instilled in him the importance of the fundamentals of jazz as well as the necessity of listening to and living the music.

Orrins recording career started in 1994 with a self-produced trio release called The Trio featuring Matthew Parrish on bass and Byron Landham on drums. The release can now be found on the Imani Record label under the title Déjà Vu. In 1996 he was introduced to Gerry Teekins from Criss Cross records. This relationship afforded Orrin the opportunity to release six critically acclaimed recordings for the Criss Cross label. During a hiatus from Criss Cross Orrin released recordings for the Palmetto record label and his own label Imani Records. In 2002 Orrin combined forces with drummer Donald Edwards, vocalist JD Walter, saxophonist Ralph Bowen, and his wife vocalist Dawn Warren to form the band Luvpark. The band recorded the critically acclaimed self titled album Luvpark and is presently working on the release of their sophomore recording.

The New York Times described the pianist as ...a poised artist with an impressive template of ideas at his command, a quality that has undoubtedly assisted in keeping Orrin at the forefront of the music scene.

Evans spent 3 years as a teacher at the coveted Germantown Friends School where he taught middle school music and conducted three jazz ensembles. He returned to Settlement Music School to teach individual piano lessons, theory lessons and an advanced jazz ensemble. He continues to be a musical commentator, conducting workshops, clinics and master classes both in the United States and abroad, while continuing to record and tour with his own bands.

The newest Orrin Evans disc, Live in Jackson, Mississippi, on the Imani Records label is available at retailers or on I-Tunes.

Lately Orrins greatest joy has been producing projects for other artists like Sean Jones and playing with his own band, which at different times, has included such notables as Ralph Peterson, Jr., Sam Newsome, Ralph Bowen, Nasheet Waits, Reid Anderson, Eric Revis, JD Allen and Duane Eubanks.