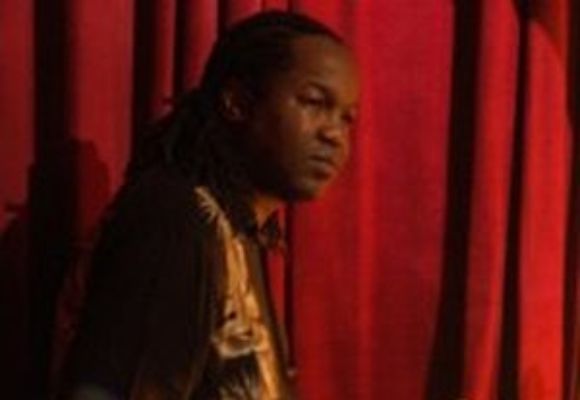 Jakubu Griffin is originally from the NYC area, and now resides in North Carolina. Son of trombonist Dick Griffin, his childhood was surrounded by music. Growing up with many musical instruments and influences around him, he was always drawn to percussion and can remember playing the drums as early as age 3 or 4. He started studying classical piano at age 5, and later added the trumpet. When his trumpet teacher needed a drummer for the elementary school jazz band he jumped at the opportunity, influenced by his close friend Nasheet Waits, and inspired by his fathers best friends Freddie Waits and Billy Hart. Focusing mainly on classical percussion he attended the North Carolina school of the arts in high school, and majored in percussion performance at Indiana University. While at Indiana U. he also continued his jazz studies with Dr. David Baker, and was honored to be selected as a member of Baker's band as a freshman.

Meanwhile, he continued to progress in his classical endeavors winning an IU concerto competition in 1992.

Leaving Indiana to pursue his career he began his musical adventure playing with jazz greats such as Harry "Sweets" Edison, Buddy Defranco, Eddie "Doc" Henderson and Cal Collins, as well as the young lions Donald Harrison, James Carter, Derrick & Vincent Gardner, Wes Anderson, and Mark Turner. He excelled in musical theater doing many different shows with people like Barbara Eden, and also served as a musical director for Premier cruise lines, Kings Island/Kings Productions, and many other shows and bands. During that time he worked extensively with Motown jazz artist Pharez Whitted, and recorded his first album with him on the Mojazz/Motown record label. He also recorded the soundtrack to the film "New York in the Fifties", and has done numerous recordings for various artists, commercials, and backup tracks.

Jakubu is well known for his variety, and ability to play all musical styles well. During his career he has performed with artists like Percy Sledge, Benny Golson, Marlena Shaw, Carl Fontana, and Nicholas Payton to name a few. He has appeared on the TV show Entertainment Tonight, and has opened up for acts like Jay Leno, and Tower of Power. Away from New York for the past few years, Jakubu has been one of the top drummers in Las Vegas where his skills lead him to work with many of the top performers and bands there. While in Vegas, he was featured in a show with David Cassidy and Sheena Easton called "At The Copa", and filled in occasionally in Cassidy's production of "The Rat Pack is Back". Following that he toured the country as the drummer with David Cassidy's band. Later on Jakubu was the musical contractor and drummer for the show "Signed, Sealed, Delivered" a musical celebration of the music of Stevie Wonder featuring Chaka Khan, Peabo Bryson, and Melissa Manchester.

Jakubu's powerful yet very musical drumming reputation has been highly appreciated by many musicians and music lovers both here and abroad.