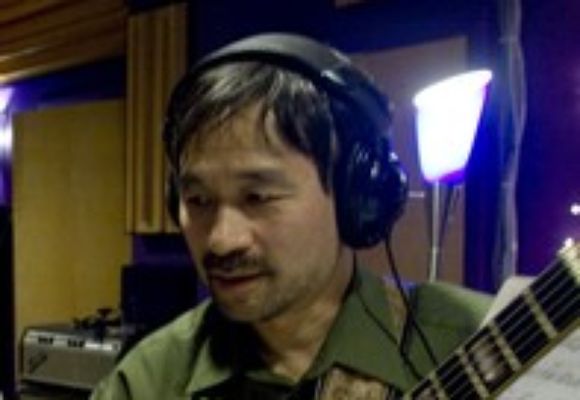 Renowned guitarist Jim Hall calls his former protege Satoshi Inoue, "an excellent jazz guitarist with a keen musical imagination." The two performed together on a guitar duet that was featured on Hall's widely used instructional video collection called Jazz Guitar Master Class Volumes 1&2. In 2005, Hall and Inoue appeared in Village Vanguard 70th anniversary together. Born in Kobe Japan,Inoue studied at Kyoto's Fuji School of Music from 1979-81. Between 1981-1988, he led his own groups in Japan. He moved to New York in 1989 to study at The New School University where he met Hall. He has been on the faculty of the University since his senior year.

Inoue has recorded five albums as leader;Plays Satoshi(1996 Paddle Wheel Records), Songs (1999 Paddle Wheel Records) and Live At Smoke(2002 What's New Records), Guitars Alone(duett with Peter Bernstein,2003 What's New Records)and Melodic Compositions(2006 What's New Records). His own band has gigged at New York's top jazz venues - past and present - including The Blue Note, Sweet Basil, Birdland, Smoke, the Village Gate and Zinc Bar. For eleven years, Inoue has brought American musicians to Japan to conduct fall tours for concerts and workshops, including the "Big Apple in Nonoichi" festival. Jazz critics and musicians have known about Satoshi Inoue for quite some time. A jazz historian Ira Gitler describes hearing Satoshi live in the early 90s at Sazerac House, a restaurant on New York's Hudson Street: "I was taken with the unforced flow of his ideas and the mellow sound with which he transmitted them" he says.