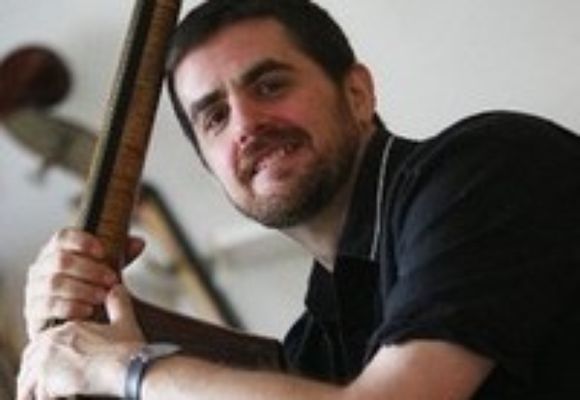 Bassist Paul Gill is veteran of the New York jazz scene and is recognized for his buoyant, swinging bass lines and virtuosic arco solos. When Gill arrived in New York in the mid 1990's he was described by Jazz Times magazine as "surely one of the brightest of the up-and-coming bassists”. He has appeared as a sideman on over 60 recordings.

Born in Baltimore, MD, Paul had established himself as a local mainstay in the Balto-DC area from 1984-1994 by both working with fellow hometown musician Gary Bartz, and backing artists that came to town such as Benny Golson, Rosemary Clooney, Stanley Turrentine, and Sonny Fortune.

Immediately upon moving to New York, Gill began working with legendary vocalist Jon Hendricks. In 1999 he left Hendricks to embark on a year long world tour with singer Diana Krall. Following Diana Krall in 2001 he joined the Toshiko Akiyoshi Jazz Orchestra. The second half of the 2000’s found Paul touring with either vocalist Elvis Costello or guitarist Pat Martino.

He is currently spending his time working in a trio setting with pianist Toshiko Akiyoshi as well as touring with vocalist Hilary Kole.