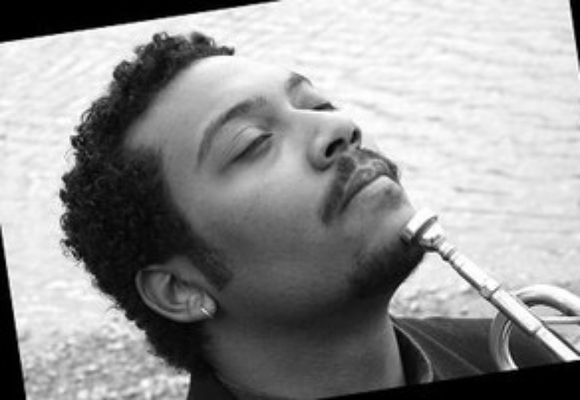 Donald Malloys eclectic approach to music is one best described as unique. As one who was raised in an environment where music was as much apart of life as breathing, he was developing his musical identity like a child goes through his adolescent years.

Growing up in the Ifa religion, Donalds first musical experience was with traditional African Praise Music playing the drums and singing. Later he learned to play the trumpet through the Cleveland Hts. School system and quickly gravitated toward jazz. By the age of 18 Donald had performed with Terence Blanchard, John Clayton, Jeff Clayton, Bobby Watson, and Winard Harper. After graduating Cleveland Hts. High and Cuyahoga Community College at the same time he began a scholarship at the esteemed Oberlin Conservatory. Here he study with jazz greats like Marcus Belgrave, Billy Hart, and Gary Bartz.

While studying Donald continued to demonstrate his musical gift performing with Gerald Wilson, Billy Hart, Marcus Belgrave, Jimmy Heath, Eric Lewis, Frank Foster, Roscoe Mitchell, Donald Byrd and the Jazz Heritage Orchestra to name a few. He also became aware of his gift for composition. During this time he was commissioned to compose the piece Stark Winters for the independent film Man Cry which was played by Two of a Kind, a two trumpets quintet co-lead by Donald and trumpeter Curtis Taylor. Also he composed a four movement suite for the Jazz Heritage Orchestra entitled Spirit of New Orleans.

Upon graduating from Oberlin Donald continued his studies as a graduate student at Rutgers. Here he studied with the great William Fielder. Since he moved to the east coast he performed with greats such as Geri Allen, Michele Rosewoman, Cecil Brooks III, Mike Mossman, The Drifters, Eddie Palmieri, Ed Simon, Conrad Herwig, and Frank Sinatra Jr. and has

In March of 2009 Donald released his debut album Spiritualtiy. He has gone back to his spiritual roots, combining the music for the African deities of the Yoruba people (Orisha) and jazz. Each song on the album embodies different aspects of Spirit be it love, femininity, masculinity, aggression, destiny or wisdom. These energies represent different aspects of god, and through this music, the creator is praised.

Now residing in Brooklyn New York Donald continues to push forward. He is always being inspired and is determined to transcend past boundaries of what has come before him and find new ways to express experiences of life, because thats what music is. LIFE. A person can never lay stagnant. You either move onward and upward or downward and backward.