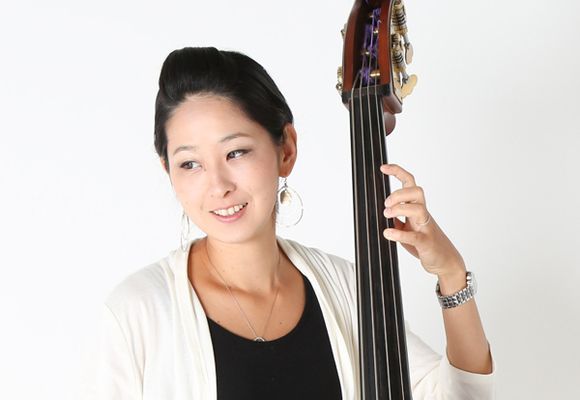 In 2001, she auditioned for Berklee College of Music and won a scholarship to attend the college starting in 2002. 2006 was also the year that marked the end of Kuriko’s Bostonian era and saw the beginning of a new one that which came with the inevitable move to New York City.  Since then she has gotten increasingly active in the fervent New York jazz scene such as Blue Note New York, Smalls, Dizzy’s Club Coca-Cola, Fat Cat and many more. She has performed with Anthony Wonsey, Walter Blanding, Marcus Printup, Lee Pearson, Tia Fuller, Rodney Green, Mike LeDonne, Jeb Patton, Warren Wolf and Daisuke Abe.

In 2008 Kuriko launched a new band, which he co-leads and produces, UoU, a quintet made up of members originally from Japan. UoU’s debut, “Home” (Tippin’ Records), was released in 2010. “This debut exudes a polished distinctiveness, clear abilities and original compositions,” (AllAboutJazz.com, September 2010). “Home” also notably climbed to #1 for two consecutive weeks on the JazzWeek World national radio charts.

Kuriko followed UoU’s debut with its second release in 2013, “Take the 7 Train” (Tippin’). “One of the most adventurous young bands that is auspiciously exploring jazz with its national heritage in mind is UoU,” stated Dan Ouellette, DownBeat journalist.