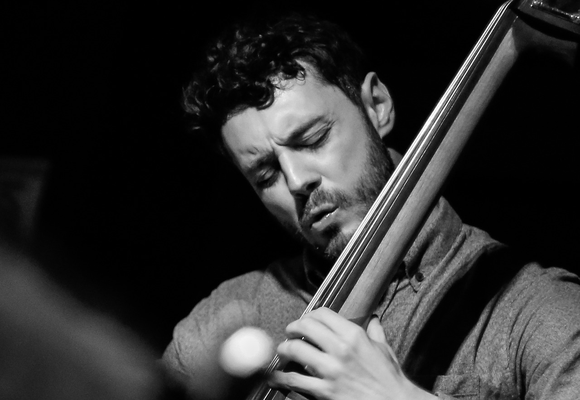 Originally from Montreal, Rick Rosato moved to New York City in 2007 to study at The New School for Jazz and Contemporary Music. He quickly became one of the most in-demand jazz bassists and has been maintaining an international performance schedule since.

In 2010, he led a three-month-long artist series at the Upstairs Jazz Club in Montreal, where he formed several different groups featuring some of today’s most influential voices in jazz, including the co-led trio “Stranahan/Zaleski/Rosato”.

In the summer of 2014, Rick competed for the TD Jazz Awards at the Montreal International Jazz Festival with his own trio and won the Galaxie Jazz Award for best composition.

In addition to private teaching, Rick has led workshops all over the world and was a featured artist and educator at the Thai International Jazz Conference in 2014.

“It should be noted here that Rosato resembles no less a star of the bass viol as Charlie Haden for his lovely tone.” - Denver Jazz Music Examiner

“He is definitely a bassist to listen for - a compelling soloist, a rock-solid foundation, and a blooming compositional voice.” - Porkpie Jazz

“Rick Rosato is one of the most versatile and virtuosic bass players around. His time is impeccable and his solos captivating. Rick’s sense of form, melody and harmony are as apparent as his perfect technical execution.” - Ben van Gelder