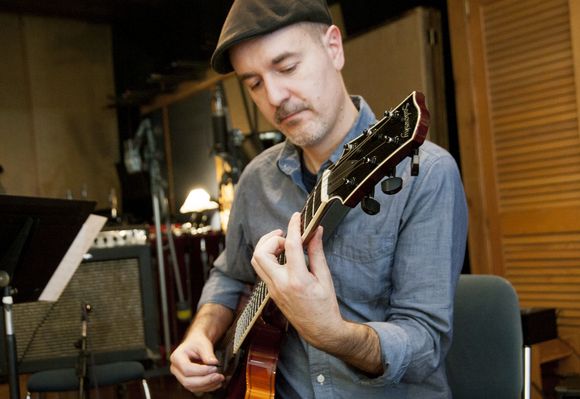 Born in Belgrade, Serbia and living In New York City, guitarist and composer Rale Micic (pron. Rah-leh Mee-chee-ch) skillfully fuses culture with timeless jazz. With his debut album “Bridges” released on CTA Records in 2003, Micic created cult-like following among music fans with his mix of jazz and haunting melodies from the Balkans.

Over the past few years, guitarist Rale Micic established himself as one of the most inventive voices on the music, leading a quintet featuring jazz great Tom Harrell. "The New York jazz scene, and by extension jazz’s modern mainstream, has Rale Micic to thank for a portion of its continued growth." wrote Jim Santella in All About Jazz.

His latest release, symbolically titled “3”, is an entrancing trio record featuring Scott Colley on bass and Gregory Hutchinson on drums. Recognized by listeners and critics alike, it's described as “ a groove heavy record... pure listening pleasure”.