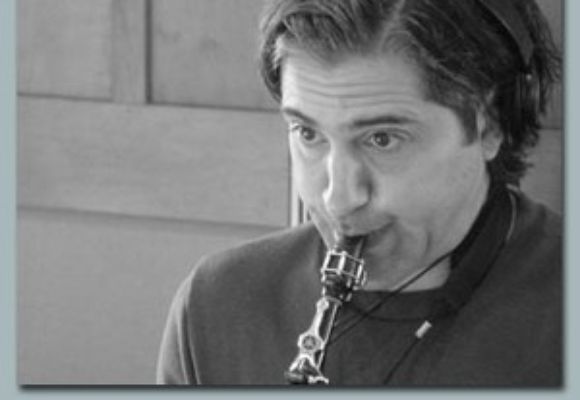 Chris began his career at age fifteen as a sideman with a club band in York, PA, and after attending North Texas State, he began his jazz performance career in earnest. Beginning in 1983, Chris played in the Glen Miller Band, The Tommy Dorsey Band, the Artie Shaw Band, and Buddy Rich's legendary Big Band until Rich's passing in 1987.

Over the past twenty years, Chris has appeared at festivals all over the world, including the Nice, North Sea, Cork, Santiago, Montreal, Moers Texaco, Annapolis, JVC New York, and Central PA Jazz Festivals. He has performed in Copenhagen at the Tivoli Gardens; in Los Angeles at The Hollywood Bowl and LA's Comedy Store; in New York's Blue Note and Birdland; at Chicago's Jazz Showcase; and in Washington D.C. at Blues Alley and One Step Down.

Chris was a member of the Smithsonian's Jazz Masterworks Orchestra under conductors David Baker and Gunther Schuller. The orchestra's concert series was broadcast on NPR, and a CD sampler was released in 1996. In 1999 Chris was soloist on both flute and saxophone in the Mary Lou Williams' "Mass" (which was performed and recorded in the National Cathedral) and also toured Russia and Siberia with a group of Russian and American musicians.

Since 1989, Chris has appeared on over thirty recordings, including three ("Two Choices," "Leave a Message," and "Exits") as leader/co-leader. Since moving to Brooklyn, NY, in 1999, Chris has performed and recorded with Stefan Bauer, The Sound Assembly, and Christoph Sweitzer. In 2004, he attended Brooklyn College on a full tuition scholarship and received a saxophone performance degree with honors.

Chris teaches privately and has been on the staff at Towson State University in Baltimore, MD.