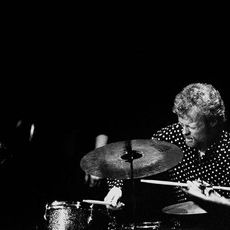 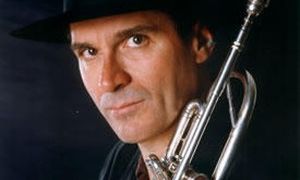 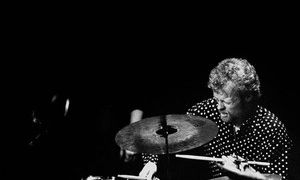 03/09/2010
Smalls
The Jimmy Madison Trio
Upcoming Shows
If you make a list of all the artists that Jimmy Madison has performed with since his arrival in New York City in 1969, it reads like a Whos-Who of modern American music. Although Jazz has always been his main focus since childhood, he has also played extensively in the Funk genre.James Henry Madison was born in Cincinnati, Ohio in 1947 into a musical family. His father was a pianist/ composer who produced shows (including one with Dinah Shore) while in the army during WW2. His mother had played fourth trumpet in the best dance band in Cincinnati since she was a teenager. As a child, he was constantly surrounded with great music. He started banging on his highchair in time when he was 2, and has never looked back since. He made drumsets out of cardboard boxes, which quickly disintegrated. He used pots and pans for drums. After starting lessons (which he never practiced for) when he was 8, he quickly progressed until he was actually working gigs by age 12 on a drumset to which his parents had staked him (he paid them back with gig money). When he was 14 he was thrown out of a Cincinnati jazzclub, where he had been playing in the Sunday night jam session for over a year and a half, by the owner (who had discovered that he was indeed only 14). After cutting his teeth playing in the Cincinnati Jazz scene, he landed his first road gig with trumpeter Don Goldie out of Miami, Florida when he was 19. Two years later, a cancelled engagement in New Jersey landed the band at the (then) world-famous Metropole in New York opposite the Lionel Hampton Orchestra. One thing led to another, and a few months later he was working with Hamp. This led to his moving to NYC permanently in 1969. His first real gig in New York was with Marion McPartland, a position he landed with the help of the great bassest Michael Moore, who had moved here a year earlier, and was working with Marion. Since then, he has worked on record, on the road or in concert, with the creme de la creme of the Jazz and Funk world, including Rahsaan Roland Kirk, Joe Farrell, Blue Mitchell, Chet Baker, Dr. Lonnie Smith, Lee Konitz, Nina Simone, Carmen McCrae, Mark Murphy, Tom Paxton, Bobby Hackett, James Brown, Jack McDuff, Maceo Parker, George Benson,Tony Bennet, Ron Carter. Art Farmer, the Duke Ellington Orchestra, Quincy Jones, Toots Theilmans, David Berger, and Frank Foster, to name a few. He has appeared in concert with the Joffrey Ballet, The L.A. Symphony, the French National Orchestra and the Pittsburgh Pops, among others.Jimmy has been a band leader several times in his career, having led two quintets and co-led an 18 piece big band with composer Angel Rangelov. His first love, though, is to be a sideman, propelling the group du jour to an exciting performance.Most recently, a new trio project is starting to prove successful. The HMK Trio (John Hart on guitar, Dmitri Kolesnik on bass & Jimmy on drums) is rapidly proving it can make the cut in NYC.ju. Their first album, "Russian Caravan" has been released in (you guessed it) Russia.Jimmy is also an expert recording engineer, having built his first studio in an apartment living room. Now relocated to better facilities downtown, his Garden Productions Recording Studio is known for amazing sound quality. His recordings have been likened to those of Rudy Van Gelder during the halcion Blue Note years. Call or Email for rates and details.Among his other interests, Jimmy is an accomplished rock climber and downhill skier ( he was once, briefly, a New York State licenced climbing guide/instructor). He also enjoys gardening, photography and collecting fine wine.CONTACT INFORMATION:..Telephone: 917- 691 1372Email: jimmymadisondrums@yahoo.com