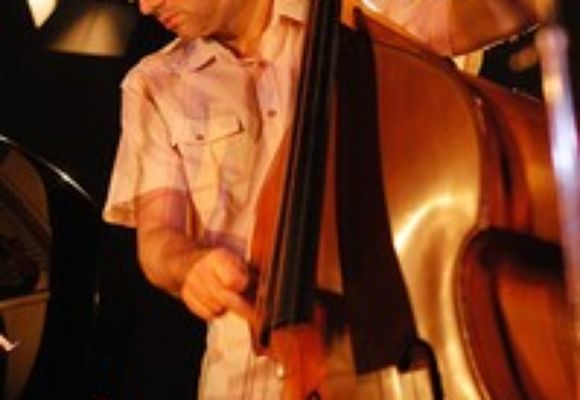 A native of Barcelona and resident in New York since 1999, Alexis Cuadrado is an active member of the city¹s jazz scene. He currently leads the Alexis Cuadrado Puzzles Quartet, an outlet for his original compositions, and the band Alexis Cuadrado-Trio Ibérico, in which he explores his Spanish heritage mixing it with contemporary improvised music. He is also a founder of the bandleader collective Brooklyn Jazz underground.

Alexis has also 2 previous CDs as a leader: Metro (Fresh Sound 2001) and Visual (FSNT 2004). These CD include all-original pieces and have received enthusiastic reviews from both critics and fans.

Cuadrado graduated from the Taller De Músics in Barcelona (1993) he went on to study with the legendary concert bass master François Rabbath in Paris (1995-98). In 2001 he obtained a Master¹s Degree in Jazz Performance and Composition at the Aaron Copland School Of Music-Queens College (NY). He has been active at teaching since 1993 and has been a guest lecturer and clinician in jazz schools and workshops worldwide. He is currently a faculty member of the New School for jazz and contemporary music in NYC.

"Cuadrado exhibits maturity and emotional depth as a composer, bandleader and soloist."

"Visual is consistently good music by a smart, lateral-thinking musician."

"Visual is a delicatessen for the true jazz gourmets."

"There's no doubt about his distinctiveness"

"The Future of Spanish Jazz is in good hands"

"In addition of being an excellent soloist, Alexis Cuadrado is a high-class composer".

"Cuadrado is hammering out a signature sound. "