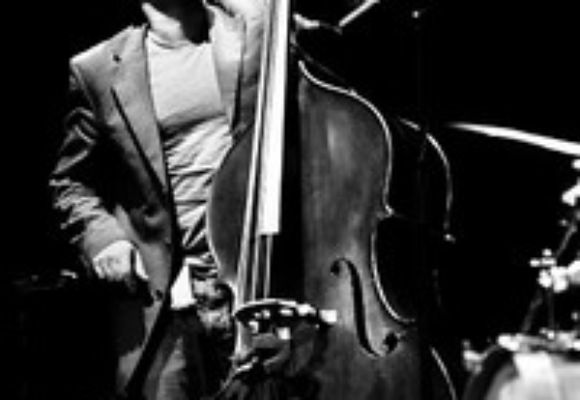 Iranian-American bassist, Sam Minaie, was born in Reno, Nevada and started piano lessons at age 8. At age 14, he switched to electric and upright bass and was granted numerous command performances in classical bass performance while beginning to also work professionally in all styles of music around the Reno/Tahoe area. Sam was granted a full scholarship and received a Bachelor of Arts in Classical and Jazz Performance at the University of Nevada, Reno. He then moved to Los Angeles where, under scholarship, he received a Masters of Fine Arts in Jazz Studies at California Institute of the Arts. At CalArts, Sam studied with Charlie Haden and African Ewe master, Alfred Ladzekpo as well as a broad range of other world music masters.

Sam is a co-leader and composer for Axis Trio and is currently busy touring around the world with 2004 Thelonious Monk Piano Competition Winner, Tigran Hamasyan.