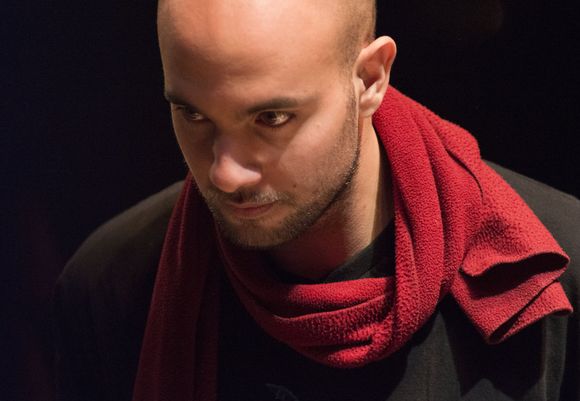 Hearing the Shai Maestro Trio is like awakening to a new world: a world of wonders, excitement, beauty, and uncertainty. Sounds of intrigue, expressions of joy, introspective thoughts, and heightened intensity all come to the fore at one time or another as Maestro, bassist Jorge Roeder, and drummer Ziv Ravitz open up and share themselves through the music . . . these stories are all gripping, exhilarating, and gorgeous in their own way – Dan Bilawsky, All About Jazz (August 2015)

… You owe it to yourself to discover the beauty that Maestro, Roeder and Ravitz make – Peter Hum, The Ottawa Citizen (June 2014)

… As if to prove that the piano trio remains one of the most versatile and exciting formats for jazz today Israeli pianist Shai Maestro lit up the Halle 2 stage for a late-night set on Saturday that showed just how much he’s grown as a solo artist since his formative days alongside Avishai Cohen. While the rhythmic complexity of his former boss’s music remains, Maestro’s shimmering chords and dynamic build ups – always capped by whizzing piano and drum cross-currents from Ziv Ravitz – highlighted the pianist’s impassioned, emotionally rich compositions – Mike Flynn, Jazzwise Magazine (April 2014)

…Shai Maestro, obsessed with pacing, offers us dynamic music. The notes scroll in a continuous burst, his dialogue with his drummer is explosive, going from a ballad to offensive punk. Carefully avoiding engaging a riot of immature virtuosity, aptly-named Maestro imposes his style on this thin line, sometimes romantic, but never in excess – Louis Michaud, Les Inrockuptibles (June 2012)

Since moving to New York in 2009, Israeli-born pianist Shai Maestro (b. 1987) has maintained a busy schedule of performing with internationally-renowned artists such as Kurt Rosenwinkel, Theo Bleckmann, John Patitucci and Jorge Rossy, among many others, as well as leading his trio with bassist Jorge Roeder and drummer Ziv Ravitz, which has released three albums to date.

“I couldn’t stop listening to that album,” he says. “There was something about Oscar’s playing there… The combination of his light, crystal touch, Gershwin’s incredibly beautiful songs, and the way the band swung completely captivated me.”

Maestro graduated with honors from the Thelma Yellin High School of Performing Arts in Givataim, Israel. While taking extended literature classes, he was one of just a few students completing a combined major in both the jazz and classical departments, pursuing classical piano studies with Professor Benjamin Oren of the Music Academy in Jerusalem along with his regular studies.

After winning the National Jazz Ensembles Competition “Jazz Signs” in 2002 and 2003 and receiving excellency scholarships 2004-2010 from the America-Israel Cultural Fund for jazz piano, Maestro attended Berklee College of Music’s Five-Week Summer Performance Program in Boston, where he was awarded a full scholarship to attend Berklee full-time—an offer Maestro ultimately declined.

“Receiving this scholarship was a great honor, but some inner voice told me that it was not the right thing for me,” says Maestro. “I began feeling the urge either to move to New York or to go to India and study Indian classical music, which I had already started doing in Israel with master (Sanjey Kumar) Sharma. I felt that it wasn’t right for me to go to school at the time; I felt like I wouldn’t find my place there.”

Maestro’s intuitions proved right: just a few weeks later, he received a phone call from bassist Avishai Cohen, known for his long-time collaboration with Chick Corea as well as for his successful band-leading career. The bassist called to invite Maestro to join the Avishai Cohen Trio with drummer Mark Guiliana.

“Since I was a kid, I have had this ‘sponge-like’ character. I absorb everything that’s around me,” Maestro says. “Being a part of Avishai’s group was the best school I could have hoped for.”

In the middle of his five years with the Avishai Cohen Trio, Maestro relocated to New York in 2009, where he currently resides.

“The abundance of incredibly great, hard working and dedicated musicians that live and create in NY is overwhelming; there is so much to learn,” he says. “The fact that you can share the stage with these musicians is the best school one can hope for and that’s what makes the difference for me.”

In July 2010, Maestro formed his own trio with Peruvian bassist Jorge Roeder and Israeli drummer Ziv Ravitz after an informal playing session in Brooklyn.

“Ziv organized a home session with Jorge, saying that he felt we all have to try to play together,” Maestro recalls. “And indeed, that session had this magic, this ’click’ that you rarely feel: the very basic feeling of deep mutual understanding.”

Just a few months later, the trio recorded their well-received first album, Shai Maestro Trio, for the French label Laborie Jazz. The trio began an intense schedule of touring the world, playing up to 80 concerts a year and sharing stages with groups led by Chick Corea, Tigran Hamasyan, Esperanza Spalding, and Diana Krall. In 2012, the trio released their second album for Laborie Jazz, entitled The Road to Ithaca.

“The trio is constantly evolving,” says Maestro, reflecting on the relationship between music and life:

“The music that we play is a reflection of who we are as human beings. Our mission is to blur the differences between life and music, and to try to express the rawest form of our being. I keep learning that music can contain everything: the beauty of our being, but also our ugly side. For me, it’s about presenting a full picture of the musician, unfiltered. I don’t wish to develop a career out of only presenting beautiful, premeditated music to audiences, on the way to success. The three of us are more interested in exploring the essence of our being, and to present that: unedited, raw.”

Following that line of thought, the Shai Maestro Trio released their third and most recent album Untold Stories in October 2014. Listeners and the media outlets alike, including DownBeat Magazine, NPR, and WBGO’s The Checkout, received the album with open arms. With Untold Stories, Maestro entered a new phase in his artistry: taking time, fearing less, daring more, accepting the occasional stumble, and allowing the music to unfold organically.

Constantly composing, arranging, exploring and discovering, Maestro is currently working on his fourth album, which will be his most ambitious project yet, featuring an extended cast of musicians in addition to the core trio. “Even though we have been playing together for quite some time now, it feels like the beginning. I’m very curious to see where the road will take us,” says Maestro.