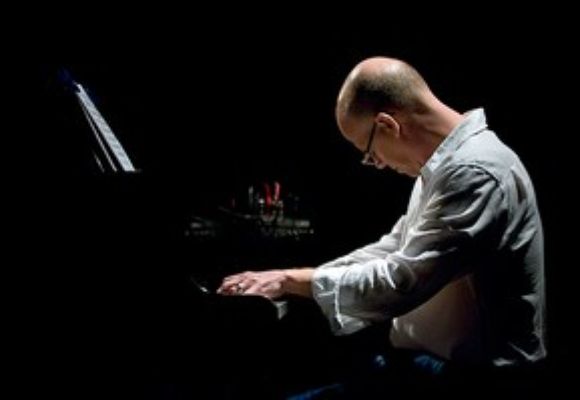 "...an innovative force in jazz, a pianist of the highest caliber, a creative composer and improviser, and one of those rare musicians who stretches the art form even as he honors the established traditions." AllAboutJazz

For the fall semester of 2012, Jim was as a Visiting Jazz Artist at Princeton University where he created an inspired and successful jazz performance program specifically for 14 auditioned students.

As part of the 2010 Jazz@Lincoln Center’s Rhythm Road program, sponsored by the U.S. State Department, Jim toured the Asia-Pacific with the Mark Sherman/Tim Horner Quartet. The band performed and taught workshops in Russia, South Korea, China and the Philippines.

Jim has maintained a private piano studio for over 3 decades and currently teaches adjunct jazz piano at the City College of New York. He has conducted piano master classes at the University of the Arts (Philadelphia, PA), Metropolitan State College (Denver, CO), and West Chester University (West Chester, PA).

Jim was the Art Tatum Scholarship Artist in Residence at the University of Toledo (Ohio) where he taught master classes and performed solo piano concerts.

Jim was raised on a farm and ranch in North Dakota, and discovered his love for piano and jazz at an early age. He attended college at the University of Colorado at Denver, where he earned his Bachelor's degree in Scoring and Arranging, and was awarded its Student Achievement Award for composing "Ocean Sojourn," an orchestral tone poem which he performed with the Denver Symphony Orchestra, James Setapen, conducting. He is listed in the Who's Who of American Colleges and Universities. In Denver, Jim began his professional career performing and touring with local and nationally-recognized musicians, including the Grammy-nominated vocal jazz group, Rare Silk.