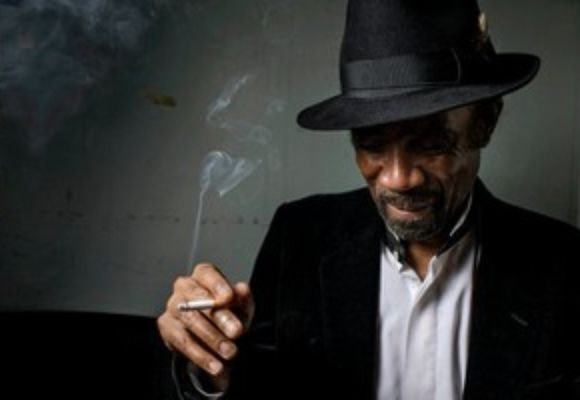 Johnny O'Neal's appearance in the 2004 blockbuster film "Ray" soared his career to new levels. In the Hollywood film, Ray Charles, played by Jamie Foxx, goes to a nightclub to see legendary Toledo jazz pianist Art Tatum played by O'Neal. During filming, O'Neal played three or four songs, although only one "Yesterdays" made it to the silver screen.

"That was a real honor for me, and for Toledo audiences, to play the part of Tatum--one of the greatest pianists ever." A lot of people asked Johnny what Tatum record he was playing along with. "I was playing live! That was me," he said. Following the success of "Ray", the Ray Charles Band asked Johnny to take the piano chair for its major venue tour in 2005. This band is just the latest to seek Johnny's talents.

Johnny is outstanding in his ability to interpret a wide range of material with ease and sensitivity, according to Parkwood Records Hugh Leal. This versatility was showcased on his debut recording for Justin Time, On the Montreal Scene, which soulfully interweaves gospel, blues and mainstream jazz. Jim Little, who writes regularly for the Montreal Weekly Hour, proffered, ONeal offers up a serving of the blues and gospel ingredients that help make him such a tasty player.

Astonishingly, Johnny is largely self-taught. His playing evokes the influences imbued in him by his idols Oscar Peterson and Art Tatum, and he has reshaped these elements into his own very swinging and melodic approach. In live performances, he is apt to catch his audience off-guard with his soulfully rendered yet unpretentious vocalizations.

Johnny admits to loving to shout the blues but calls himself a piano player first. There have been three notable events in Johnnys career that continue to inspire him: an appearance at Carnegie Hall early in his career when he was the opening solo pianist for Oscar Peterson, his 1998 induction into the Alabama Jazz Hall of Fame and playing the role of Art Tatum in the award winning feature film Ray.

Johnny explains, Im a tune guy. I know 1,500 songs. My father was a pianist and singer who emphasized that learning lyrics creates dynamics and a better interpretation of melody. I rehearse so that the bassist, drummer, and I can get familiar with each others styles, not to set the songs well play. Jazz is the highest level of performance because its instant composition. I like to be spontaneous and respond to cues from the audience.

I just want to play and preserve the style of the jazz masters, emphasizes Johnny. Dedication to that mission statement is evident in his innovative interpretations of the jazz classics, and his own lyrical compositions.