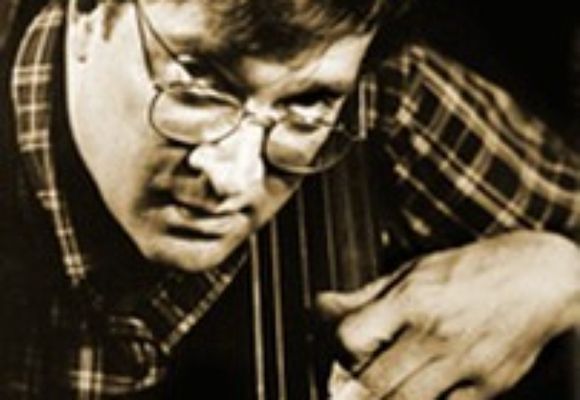 The main thrust of my time for the last two years has been to acquire a master's degree in jazz history and research at Rutgers University. My thesis for this project focused on correcting what has become the official historical narrative for Jim Pepper, a Native American saxophonist and composer who I used to live and work with throughout the 1970s and 1980s. Learning to write about the music that one has played for forty years has been a humbling experience. I now see why Charles Mingus recommended that every jazz musician should write their own biography: Doing so forces the artist to evaluate his or her work in a way that would probably not be considered by just playing the music. However, Minguss vast legacy made his autobiography important and his command of dramatic presentation made it art. I will most likely never rise to his stature in either field, but I am proud to know that my research will help to set the record straight as more people learn of Peppers contributions to American music.

As for making music, I have been fortunate to continue my 25 year association with the legendary Mose Allison. The association with the Bruce Arnold Trio with Tony Moreno has also survived my academic pursuits and a new CD, Blue Lotus, was released last year. I continue to make music intermittently with my long-time friends and associates: vocalist Judi Silvano, saxophonist Joe Lovano, pianists Bob Albanese and David Lopato, saxophonist Steve Wertz, percussionist Annette Aguilar and vocalist Terry Cade. New musical associations since I returned to school include: trombonist Deborah Weisz, pianists and vocalists Cynthia Hilts and Eli Yamin, guitarist Omar Tamez, drummer Eric Halverson, violinist Frank Oteri and his String Messengers (Mandola Joe, Jim and Jonathan Murphy and Jeff Herman), composer/flutist Lee McClure (all of the people I have mentioned compose also) and others. There are a few lost connections that were rekindled: saxophonist Mel Martin, pianists Jill McManus and Russell Ferrante, and guitarist Dave Haskell are a few. I know that I have left out many names and will include them when space better permits. I hope that my apologies to those not mentioned will suffice for now.

Of course the big news is that George W. Bush will be leaving the White House this month and the new occupant, Barack Obama, will become this nations (hopefully) first obvious person of color to be the President. There is some speculation that he is not the first African American to hold this office. Some lists include Thomas Jefferson, Andrew Jackson, Abraham Lincoln, Warren Harding and Calvin Coolidge as earlier African American presidents (http://www.diversityinc.com/public/1461.cfm),while others include Dwight D. Eisenhower as well

In my research about Jim Pepper, I learned that Herbert Hoovers Vice-President, Charles Curtis, was a member of the indigenous-American Kanza (also known as the Kaw) nation. But it is obvious that there is an important distinction between President-elect Obama and the other men mentioned  Obama ran openly as an African American while the others passed as white. This is so important to a guy like me, who grew up in the 1960s in San Francisco. I remember reading and hearing about the Watts riots and the Black Panthers' struggles for social change in Oakland. I also remember the protests at the 1968 Democratic National Convention in Chicago. At that time, a chant was raised in response to the unnecessary police violence that occurred there. It went:

The Whole World Is Watching.

In the election of Barack Obama we, as a nation, have achieved something that is inextricably linked to the promise of equality that America is purported to be founded on. And I am thrilled to know that it happened in my lifetime, although I will also say that it took all too long to become a reality. But this does NOT mean that America is now the land of equal opportunity that so many of us wish it to be: Economic terrorism is still perpetrated against Americans of color; Women of all stripes are abused and underpaid in the workplace; Homosexuals are harassed by the legal systems giveth and taketh away approach to social justice; and the Western Hemisphere's Original Human Inhabitants are so marginalized that they are virtually culturally extinct. All the while, ideology is accessed as the justification for the physical and psychological abuse of American citizens as well as its non-citizens by the representatives of American government and includes acts of torture. Why do I go on about these obvious disgraces to our nation and culture? Because it is important to the future of jazz.

Elevating jazz to museum-status by narrowing down the musics range of accepted expression reflects what so many of us fear will be mascot-worship of the Presidency, the possibility of tokenism that this important moment in American politics has the potential of devolving into. America is populated by over 300 million people of diverse origins and jazz is a music of diverse origins. I would hope that we might look at the health of jazz as a reflection of the health of America, which defines itself as a country steeped in societal diversity -- Our academic institutions must reflect that diversity as much or more than our local and national governments do -- and our corporate institutions must also. Looking at jazz as an indigenous American art, which Congress officially does, means that it must be inclusive of every cultural facet of American society, not a music that is defined by the non-inclusion of certain influences; retaining these influences in its performance practice is vital to its identity as an American art.

So, my fellow jazz musicians, look around you as you perform ... study ... practice ... compose ... improvise. How inclusive is your product and, since we all know that no single piece of music can contain every sound, what is not included? The music we make is a vital part of the sonic identity of America and should sound like our nations population looks.

The Whole World Is Listening!