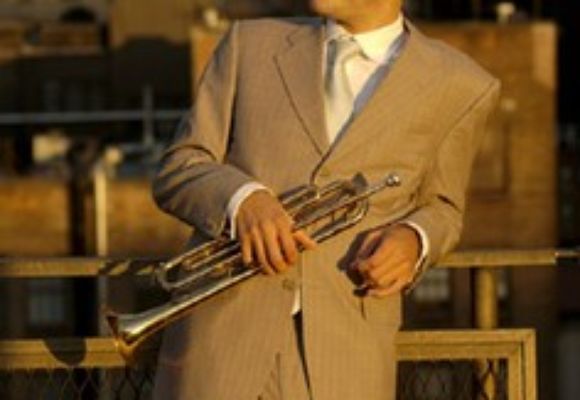 Dominick has won various awards over the years in the States and in Japan. He received two Gold Disc awards (Record of the Month) from Swing Journal Magazine in Japan for his recordings of "Say It" and "Besame Mucho." In 2003 he received the International New Star Award in Japan, an honor previously awarded to Diana Krall and Christian McBride. Many of his recordings have placed #1 on the Swing Journal Jazz Charts. In the United States, Dominick was the recipient of the ITG Carmine Caruso International Jazz Trumpet Competition in 2003. At 15, Dominick was "discovered" by Wynton Marsalis in Cleveland, Ohio. Wynton invited Dominick to appear as a featured soloist with the Lincoln Center Jazz Orchestra on a PBS broadcast, "Live from Lincoln Center." While studying with Warren Vache and Wynton Marsalis at the Juilliard School, Dominick was also featured at Lincoln Center on a tribute concert to Freddie Hubbard and Lee Morgan, "Night of the Cookers." Over the years he has performed and/or recorded with many high-profile jazz artists such as Joe Lovano, Wynton Marsalis, Ira Sullivan, Mulgrew Miller, Carl Allen, Jason Miles, and Joe Labarbera.