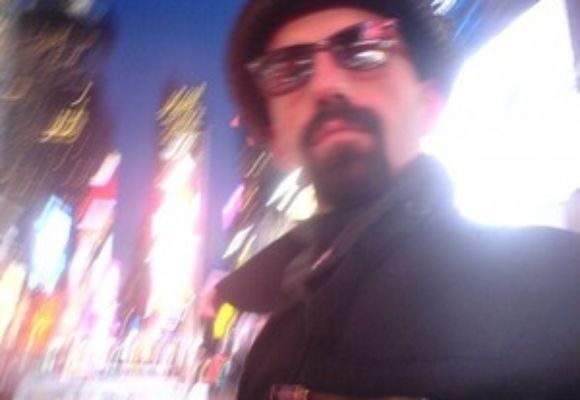 Brooklyn resident Bajram Istrefi Jr., aka LAMY, is a jazz drummer, percussionist and composer who was born in Mitrovice (Republic of Kosovo), where he grew up and started his musical career at the age of 13, playing different percussion instruments of his native folk music.

Mr. Istrefi’s growing interest in jazz music led, at the age of 16, to his enrollment at the renowned University of Music and Dramatic Arts in Graz (KUG) Austria, where he studied drums/percussion, and soon found a place in the local jazz scene, where he started to create his own voice in music. In addition to his activities in jazz, Mr. Istrefi has composed concert pieces for percussion ensembles, influenced by composers such as John Cage and Edgard Varese.

In the same time period, during his first year of studies, Mr. Istrefi had a chance to meet one of the greatest mentors and jazz saxophonists, Mr. Dave Liebman, from whom he received invaluable first-hand guidance in the words and concepts of the music called Jazz. By the age of 19, Mr. Istrefi began to play professionally with different musicians from all around the world, including performances with the legendary jazz singer Mark Murphy. Later on, through Murphy's recommendation, Mr Istrefi played with the acclaimed American jazz singer, Sheila Jordan.

Mr. Istrefi has led his own bands in many prominent Jazz Clubs and Jazz Festivals throughout Europe, and he has extensively recorded and played with many great musicians from Europe, the US, Africa & Asia.

During this period (studying, playing and touring around Europe), Mr Istrefi had the opportunity to meet and play with the great bassist and New York City Jazz Icon Dennis Irwin, who became an important musical guru, friend, collaborator and influence.

In addition to his performing, recording and touring activity, Mr Istrefi teaches private lessons to students of all ages, stressing a personal approach to the sound and rhythm in music and arts in general. True to his personal knowledge and philosophy of Art and Culture, and the necessity to balance Tradition and Modernism, Mr. Istrefi collaborates and performs regularly with a wide range of artists where he remains dedicated to exploring his role and creative path in music.

Mr. Istrefi lives and works in New York City, where he has been an increasingly visible drummer on the city scene, both as a sideman and leader of his own groups: Bajram Istrefi Jr. Trio and Quartet (whose repertoire leans toward traditional acoustic jazz); Republique Electrique (Mr. Istrefi’s long-running group,  which he describes as a “constitution-institution,” an electric experimental avant-garde project that in the past couple of years has involved more than 30 musicians from 20 different countries throughout the world); and the Musical Minds Orchestra (a large ensemble of varying personnel, performing conceptually-based free improvisation).

Mr Istrefi has a great affinity and is inspired to find a musical way to bridge his native culture's music and Western jazz. In doing so, he is making a contribution to a musical pursuit that is going on all over the world: the fusion of world music and jazz concepts, which is having a profound impact on the global jazz community; in which community Mr. Istrefi is widely respected among his peers and fellow musicians, and is quickly becoming one of the most in-demand musicians in New York City.