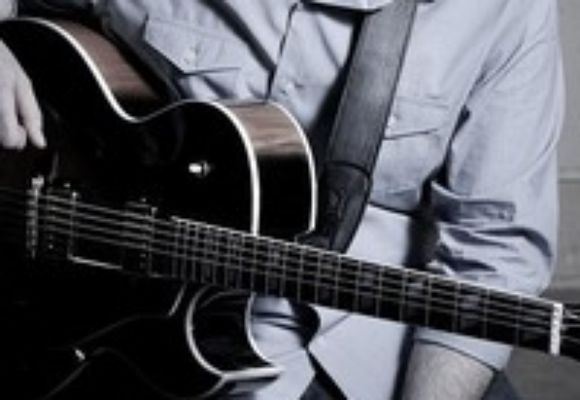 Technically skilled in bop, post-bop and contemporary jazz with a background playing rock and pop, guitarist Brent Canter creates music with a distinct 21st century sound. Born and raised in Los Angeles, Canter performed at prominent venues such as the Jazz Bakery, Catalinas and the Roxy Theater while still in high school. After accepting a scholarship to study under legendary guitarist Kenny Burrell at UCLA, Canter became an active member of the west coast jazz scene. His playing has been recognized with a grant from the Herb Alpert Foundation and as a recipient of the John Collins Guitar Award.

Currently residing in New York City, Canters primary project is BC3, a modern organ trio which features organist Adam Klipple and drummer Jordan Perlson. BC3 is a new type of organ trio which seeks to redefine the sound of this group format with an emphasis on intricate arrangements, the incorporation of rock and pop influences and the performance of extended compositions. BC3 has developed an extensive repertoire of original music and has crafted a highly developed and distinct group sound. The organ trio is often associated with the classic blues and soul based sounds of players such as Jimmy Smith, Lonnie Smith and Jack McDuff. BC3 aims to go beyond these boundaries by incorporating modern influences outside the traditional jazz realm and placing an emphasis on highly developed long form compositions which exploit the full dynamic potential of the ensemble and incorporate improvisation in unique ways.

The BC3 released their debut CD in 2008 entitled Soundscape and garnered critical acclaim and national radio airplay on jazz, college and independent radio stations thanks to its crossover appeal. The Hollywood Weekly describes Canters compositions as a new vocabulary for jazz and the new jazz standards for his generation while LA Jazz Scene describes the sound of Canters work as fresh and new...with its own sound in the organ trio tradition. All three members of BC3 pride themselves on the diversity of their musical backgrounds and the variety of projects which they are a part of. Drum 'n bass grooves, distorted guitar, memorable melodies, African and Indian inspired bass lines, cutting edge improvisation and creative harmony are tools which are a part of the BC3 sound. BC3's high energy performances in New York have taken place at venues including Iridium, 55 Bar, Nublu and at Covo Lounge where they hold a weekly residency.