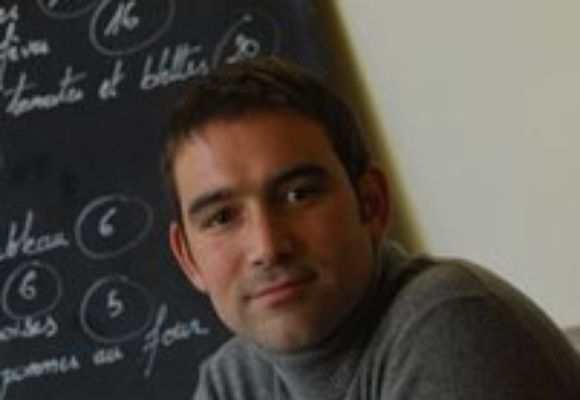 Stephan was born in Grenoble, France, on June 8, 1976. At the age of 11 he began the saxophone at the school of music in Villefontaine, a small town

outside of Lyon. After graduating high school with a diploma in economy and sociology, he entered the department of jazz at the national school of music in Villeurbanne. He studied there until 1999 with the professors Gilbert Dojat and Jean Cohen.

At this time left for New York and the New School University, where he stayed for five years and obtained a BFA in 2002. During this period in New

also participated in master classes with Joe Lovano, Dave Holland and Jack Dejohnette. He was the recipient of both the Lavoisier scholarship from the French Minister of Foreign Affairs and the esteemed Fulbright scholarship, as well as a scholarship from SACEM (French equivalent of ASCAP).

His professional career began while he was still a student. He made his first recording, Dialogue, at the age of 17 with the Devolution Jazz Duet, featuring Martin Hugon on piano and himself on saxophones. He has played at the Bataclan, the famous Parisian concert hall, with Clementine Celarier, and has performed at numerous venues in France with such groups at the Happy Stompers Big Band, the Micromegas de Francios Raulin, and Pein Autres. After the creation of The Flail he has toured in the U.S. and throughout France.

These five tours in France have included performances at Jazz a Vienne and the Festival du Jazz des Cinq Continents in Marseille. In the U.S. he has played at the QE2 Floating Jazz Festival, Carnegie Hall, Sweet Rhythm, and many others. He currently resides in Paris, where he is engaged in numerous musical projects.