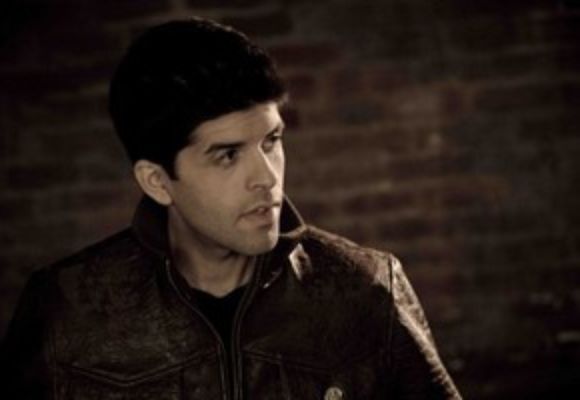 It is very thrilling to have a new male jazz vocalist on the scene. Having toured with Sachal in Japan made me realize what a wonderful jazz singer he is. It's so good to know that jazz singing is alive and doing great because of this talented young man. ýSheila Jordan

My music always starts off with jazz, but can end up in any number of places because of all my different influences. I guess I value the freedom to explore as much as the discipline of tradition. ýSachal Vasandani

That's Sachal Vasandani reflecting on the adventure he's embraced on his captivating sophomore CD, We Move, on Mack Avenue Records. Produced with a team of top-flight studio sages (John Clayton, Doug Wamble and Al Pryor), We Move finds the young jazz vocalist (who also serves as a producer) maturing as songwriter, tune stylist and bandleader in the wake of his breakout 2007 debut, Eyes Wide Open (Mack Avenue Records). That exceptional CD made for one of the most startling revelations of the year ý a fresh, young vocal talent who displayed a singular, deep-brewed voice and possessed an uncanny sensibility to straddle the fine line between jazz and pop with songs that teemed with emotion and intellect.

In regards to We Move, Vasandani says, I wanted to continue telling my own story, to write about my own, visceral experiences without force feeding. I tried to share the surface of an emotion but hint at the iceberg below, and then let the listener find their own depth.

After two years of touring and with a renewed confidence in composing and arranging, Vasandani decided it was time to begin We Move. On the road, I would gather my ideas any way I could, and then lock myself away and mold the music to fit my emotions, says the vocalist who was a semi-finalist in the 2004 Thelonious Monk Institute Competition. I ended up writing 30 to 40 songs in all kinds of styles and about all kinds of topics.

Ultimately, his work narrowed to the songs here: original lyrics and music, band arrangements, and older tunes augmented by new sections. As for his team of producers (Clayton and Wamble both contributed to his debut outing), Vasandani says, Doug and I would work around tracks we had laid down, experimenting with sounds, voices, guitars that would best serve the atmosphere we were after. We did that for a month before going into the studio again. And I remain in awe of John's ability to hear what I am after and lead me to the answer. Plus, he looked after my voice with such care.

Signed to Mack Avenue Records in 2006, Vasandani was born in Chicago and grew up in a household where all kinds of music were appreciated. His parents listened to a variety of jazz, from Duke Ellington to Keith Jarrett, which piqued his curiosity. In pursuing his love for music at the University of Michigan, he began to be recognized as a talent of the future, most notably by DownBeat magazine, which awarded him Collegiate Jazz Vocalist of the year in 1999.

After moving to New York, Vasandani quickly became a part of the jazz scene, and made a musical home in storied clubs like the Zinc Bar. He was also tapped for a number of guest performances and recordings, notably by the Lincoln Center Jazz Orchestra with Wynton Marsalis, Wycliffe Gordon, Eric Reed, T.S. Monk, and countless other peer and mentor musicians.

After Vasandani's break-through debut recording, he toured extensively supporting Eyes Wide Open. He opened for such disparate artists from jazz trumpeter Chris Botti to pop singer Joan Osborne, garnering respect from a diverse spectrum of audiences. I played in the US as well as overseas, he says. I played at jazz festivals as well eclectic venues, and it was humbling to see people with different backgrounds and tastes respond to what I do.

In addition, Vasandani was mentored by the veterans of the jazz vocal realm. He shared the stage with Jon Hendricks at a masters and mentors concert in Idaho (Jon's honest spirit, intellect and improvising ability are such an influence), and toured Japan with Sheila Jordan. Sheila serves as a mother figure to a lot of us singers, he says. Like Jon, Sheila sings powerfully and with so much love. To keep your voice, spirit, energy alive, night after night, for decades ý what an instruction in longevity.

Yet, while Vasandani was riding high on the success of Eyes Wide Open, I was hitting a low point emotionally. My relationships broke, I couldn't really face my own problems and I lost both of my role models ý my grandparents. I went to India to see them when they were hospitalized, together. Although it was a thrill to be making music, I was felt like my life was falling apart. My music and the rest of my life were moving in opposite directions, further and further apart. That's when I started writing songs for We Move, in order to come to terms with myself, to select the right songs to understand myself better.

On We Move, Vasandani has ample support from his trio comprising pianist Jeb Patton, bassist David Wong and drummer Quincy Davis. A rarity in jazz these days, Vasandani and Co. have a longevity factor working in their favor: The band has been a group since 2001. Those guys are like family in the best way, says the leader. We've known each other and worked together for so long that they're forthcoming in feedback and are extremely confident. Yes, we like to experiment, but the four of us are also deeply indebted to the tradition; there's a respect for music that balances our wilder sides.

Vasandani notes that in addition to their instrumental support, two band members also contributed songs, including Patton's Horizons that is paired with the romping, upswing Once in a While (by Michael Edwards and Bud Green), and Davis composed the music on Ring Road (Back to You), which the leader wrote the lyrics to. Of the former, Vasandani says, There are so many reasons to sing that song. The coy lyric fits my m.o. lyrically. And by pairing that tune with Jeb's intensely swinging original, we can shift the focus a bit to the band while I can still float out on top.

As for the latter, Vasandani says that it is the CD's oldest number in the band's library. This is a song the band can relate to, he says. Over the years the song took on different shapes as we continued to make new arrangements. But Quincy's melody was always so easy to sing, from the beginning.

Vasandani's originals are among the standout tracks on We Move. The gem of the bunch, Every Ocean, Every Star, features Wamble's layered guitar textures. This is a song about expectations, says Vasandani. It's a beautiful thing to try to give without expectations, but can we really? I wrote this song for the people I'm closest to.

The title track, written with Vasandani's friend Erik Privert, has a movement that's both mysterious and sweet. Vasandani's lyrics on this record, beginning with We Move, reflect his struggle to accept myself without guilt. Another jewel is the lilting Royal Eyes, again infused with Wamble's guitar colors and embellished by Vasandani's overdubbed background vocals. The song is a reminder for me to love what I have. Even though this song has a folksier feel, I wanted the colors of the other voices to be messy, human.

In addition to his originals, Vasandani puts his spin on songs from the jazz songbook and canon, including the bright CD opener, Rogers & Hart's There's a Small Hotel with a Vasandani intro (Escape) that gives the standard a fresh feel. Also on the CD are a hip, funky take of No More, the Hubert Laws/Jon Hendricks 70s song; the Bloom/Kohler tune Don't Worry About Me that's played as a ballad but with a rhythm reminiscent of the Ahmad Jamal staple, Poinciana; the sexy, low-lights romance through There Are Such Things (by Stanley Adams, Abel Baer, George W. Meyer); a cooking romp through The River of St. Marie put on the map by Joe Williams; and Thelonious Monk's Monk's Dream (with lyrics by Hendricks) that Vasandani says pays tribute to the piano giant's unfettered, creative spirit. I love most all of Monk's music. Of course, he's known for unusual harmonies, but his melodies are so catchy.

Another We Move highpoint of Vasandani's creativity comes in his popish Heartbeat, which he says was one of the most fun songs to realize on the album. With a full color palette ranging from horns to guitars, the romantic, deceptively innocent lyric gets a sonic cushion that really moves it along. That's followed by the end song, the Jimmy Mundy-Trummy Young-Johnny Mercer beauty, Travelin' Light. It serves as the perfect cap to the proceedings. It's like a little coda, says Vasandani. We've been building through the record, and finally we come to 'Heartbeat,' which is huge the whole way through. At the very end, I figured, let's just be a little quiet.