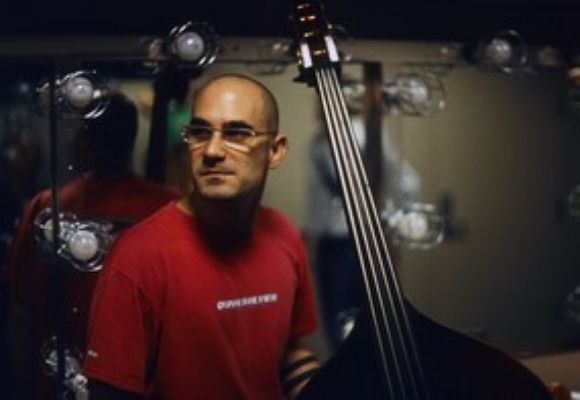 Andrew is a California native transplanted to New York

City. After Studying with Charlie Haden in Los Angeles

he moved to New York where he has had the great

pleasure to tour and work with Lee Konitz, Billy

Perkins of Janes Addiction. In the fall of 2007 I

helped to score a play for Labyrinth Theater Company

Seymore Hoffman. The play, "A View From 151st street"

written by Bob Glaudini premiered at the New York City

Public Theater and a successful 38 show run. I am now

focusing my upcoming album with the Broolykn Jazz