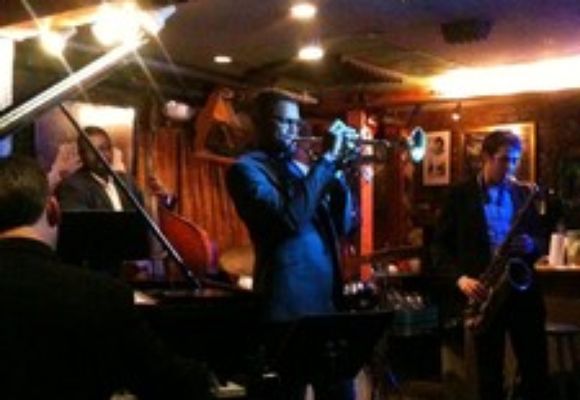 Bruce Harris' affinity for music began as a child after viewing Spike Lee's Mo' Better Blues, his intrigue with the trumpet grew and his relationship with his instrument has been star-crossed since. His journey continued at the Conservatory of Music at Purchase College studying under the guidance of Trumpet Virtuoso, Jon Faddis. Harris completed his Bachelor of Fine Arts Degree in 2004. Since then he has been privileged to perform with stars like Marcus Strickland, Dave Brubeck and with legendary big bands such as the Artie Shaw Orchestra and the Glenn Miller Orchestra.

In 2007, Harris performed at the Festival of New Trumpet Music in New York City as part of a schedule that also included Dave Douglas, Jeremy Pelt, and Cecil Bridgewater. In 2008 Bruce was a member of "Interplay The jazz group that won the first annual ICA/SF State International Competition and Fellowship for Emerging Jazz Combos, bowling over the audience at Yoshis San Francisco during an exciting Battle of the Bands concert and greatly impressed jazz legends such as Eric Alexander, David Hazeltine, Ray Drummond and Jimmy Cobb.

In addition to his work with Interplay, Bruce Harris leads his own quartet in many Jazz venues around New York City and is an active member in the Winard Harper Sextet and Kendrick Oliver's New Life Jazz Orchestra. Bruce completed his studies in 2009 earning M, M in jazz performance. In addition to performing, Bruce is also an active educator teaching private lessons and clinics throughout Tri-State area