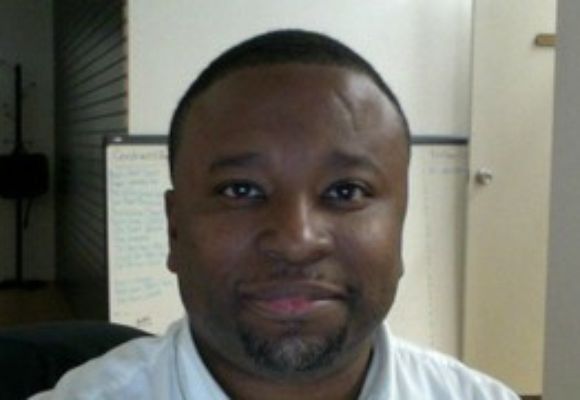 Dennis Jeter began playing the trumpet at the age of 16 after attending a Wynton Marsalis concert in Washington, DC. Soon after, he was accepted into the Peabody Preparatory program in Baltimore, MD to study with Wayne Cameron. In the spring of 1987, he graduated from the Duke Ellington School of the Arts in Washington, DC with honors and later was enrolled as a computer science major at the University of Florida on a full merit scholarship. While attending the University, he participated in their marching band and held the principal trumpet chair in the symphony orchestra. In the Summer of 1987, Mr. Jeter was the recipient of the first Wynton Marsalis scholarship to study music at the Eastern Music Festival in Greensboro, North Carolina. The following year, he transferred to the Manhattan School of Music in New York City, NY to study trumpet with William Vacchiano. While at the Manhattan School, his interest in the music industry broadened and he soon became very active in the business of music. In the Fall of 1990, Dennis was sponsored by William Vacchiano to become a Yamaha Young Performing Artist.

In the Fall of 1991, he joined Horizon Concert Artists which is an organization that performs recitals in schools, homeless shelters, AIDS hospices, and elderly homes around New York City. Also in 1991 he founded a not-for-profit organization called the Carmagniole Consortium. This organization served as an umbrella for a 60 member orchestra, brass ensemble, brass quintet and string orchestra. The groups performed regularly as a part of the Chelsea Concert Series founded in 1992 by Mr. Jeter to serve as presenter for the Consortium projects. In the Spring of 1991, Mr. Jeter graduated from the Manhattan School of Music to pursue a career in music performance. He has been presented in classical recitals throughout the United States as well as major jazz venues in the New York area including the Miles Davis Tribute in 1992 at St. John the Divine in which Mr. Jeter was a featured performer with the Max Roach Brass Quintet. In 1994 Dennis started the 'Monday Night Jam Session' at The Iridium in New York City which ran for eight months. Many of today's young lions found their way to the Iridium on Monday nights including Wynton Marsalis, Roy Hargrove, Nicholas Payton, Wes Anderson, Marcus Roberts and even Lionel Hampton.

While at the Iridium, Mr. Jeter began exploring the world of jazz through the eyes of a vocalist. This was to mark the beginning of a new era in his performing experience. The next few years were very rewarding. He had the opportunity to perform with the Lincoln Center Jazz Orchestra both as a vocalist as well as on the trumpet. Mr. Jeter began a weekly series at the Louisiana Community Bar and Grill in the Spring of 1996. In addition to his own quintet, Dennis featured over twenty five of today's hottest jazz stars including; Slide Hampton, Cyrus Chestnut, Joe Temperely, Vincent Herring, Carl Allen, Loston Harris, Marc Cary, Rodney Kendrick, Paquito Di Rivera, Wes Anderson, Milt Grayson and many, many more. This was an opportunity not taken lightly by Mr. Jeter. He used it as a chance to refine his craft concentrating on the singing of standards in a tradition long forgotten by many of today's new vocalists.

Since November of 1993, Dennis has been the Director of Special Projects for Wynton Marsalis Enterprises. In this position, Mr. Jeter has served as the tour manager, press liaison, technology advisor and personal assistant to Mr. Marsalis. In addition to this, he has also been the project coordinator for several Wynton Marsalis recordings including the Columbia Records recording of the Pulitzer Prize Winning composition, 'Blood on the Fields'.

Mr. Jeter is currently the President of JazzWorld.Com, Inc. and New Jazz Renaissance Recordings. JazzWorld.Com serves as the cyber home to over 35 jazz musicians. "For many new artists, access to technology is often difficult if not impossible to come by", says Jeter. "JazzWorld.Com was created to address this situation. Musicians are able to create and maintain their web sites on JazzWorld.Com without any knowledge of HTML. In fact, updating their web pages is as easy as filling out a web-based form. This allows the musician to spend more time on their craft and less time wondering how they can keep up with today's technology." JazzWorld.Com artists can also sell their recordings online through the JazzWorld.Com online store.

New Jazz Renaissance Recordings was started as a vehicle for new "traditional" jazz artists to be heard. "The recording industry seems to be at war with jazz. The lack of attention given to new artists by the major labels has created hundreds, if not thousands of independent labels around the world", claims Jeter. NJR Recordings intends to produce and promote artists dedicated jazz music. The label currently features recordings by; Brad Leali, Spike Wilner, Anna-Lisa, Dennis Jeter and the NJR All-Stars which include; Wess Anderson, Victor Goines, Andy Farber, Wycliffe Gordon, Wayne Goodman, Ron Westray, Herlin Riley, Rodney Whitaker, Farid Barron, Doug Wamble and vocalist, Milt Grayson. The recordings are available online at www.jazzworld.com.