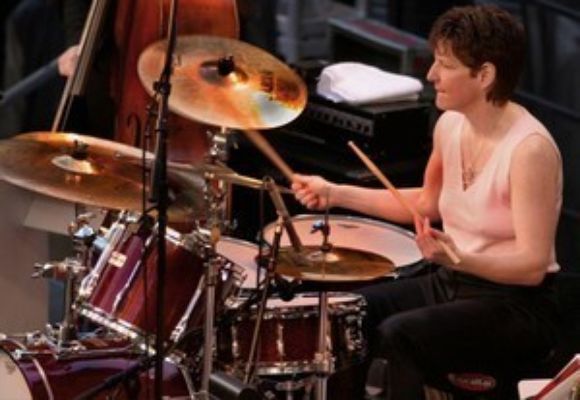 FIVE PLAY was formed in 1999 and is a sister group of the world-renowned DIVA Jazz Orchestra. The quintet is comprised of the jazz orchestra&rsquo;s rhythm section, and two of their foremost soloists.

FIVE PLAY is rooted in the jazz tradition and inspired by their collective, creative vision to swing through the 21st Century.  The quintet&rsquo;s repertoire is comprised of innovative arrangements of classis and contemporary standards, as well as original music composed and arranged by band members. The group&rsquo;s library was conceived to highlight the distinctive styles of each individual and to create a unique, fresh, exciting and powerful ensemble sound.

FIVE PLAY has performed at many of the most prestigious concert halls, music festivals, universities and jazz clubs in the United States, including Carnegie Hall and The Kennedy Center. The group has also performed at major festivals in Israel, Japan, France, Germany, Spain and Portugal. In 2004 the quintet and its members were highly ranked in Downbeat Magazine&rsquo;s Annual Reader&rsquo;s Poll.

FIVE PLAY  premier recording, On the Brink (Arbors Records), was voted #1 by Nat Hentoff in Jazz Times&rsquo; 1999 Year in Review issue. Their follow-up release, Five Play&hellip;Plus  (Arbors Records), was voted one of the Top 10 CDs of 2005 by Coda Magazine. Two projects spearheaded by Portuguese vocalist Maria Anadon. A Jazzy Way (2006) and Smile (2010),  Their most recent recording, What the World Needs Now, was released in June 2008 to critical acclaim.