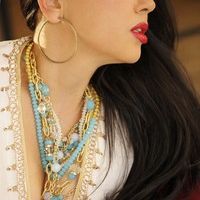 11/04/2010
Smalls
Brigitte Zarie & Neil Jason
Upcoming Shows
For musician Sherrie Maricle, her drumset is a real-life metaphor of her career. Just as playing drums requires coordinating four instruments at the same time, Maricle's music spans from jazz to classical to composing to teaching. More than one music reviewer hs coined her "the miracle worker of music."From the drumset seat Maricle leads her own big band, DIVA and her quintet, 5 PLAY. From Carnegie Hall she performs with Skitch Henderson and the New York Pops. At New York University she is the director of Percussion Studies. She is also a published composer and arranger in both the classical and jazz mediums.With DIVA and her quintet 5 PLAY, she has performed throughout the United States and Europe including such venues as Carnegie Hall, the Hollywood Bowl, Playboy Jazz Festival, and onboard the S.S. Norway and QE2 Jazz Cruises. She has also appeared at Jazz Festivals in Pori, Finland, Berlin, Germany and Bern, Switzerland, and at feature performance for the National Radio of Italy in Rome in addition to coast-to-coast tours in Portugal, and a featured performance at the 25th Anniversary of the Kennedy Center in Washington D.C. With the New York Pops she travels annually overseas to countries such as Japan and Korea. The Pops also performed the world-premier of her orchestral piece, "Touch of the Earth." And recently FanFare from the street debuted by the Binghamton Philharmonic orchestra March 27, 1999.As a composer, performer and teacher she has received several honors:The Kennedy Center Alliance Award for Outstanding Contributions and Achievements in the Arts, a grant from Meet the Composer and a Doctoral Fellowship from New York University. She is the past New York State president of the International Association of Jazz Educators, the New York Pops Education Coordinator for the five boroughs of New York City, and she is a clinician for Yamaha Drums, Sabian Cymbals and Vic Firth Drum Sticks.Maricle was born in Buffalo, New York, but her family moved to Endicott where she began studying snare drum in the sixth grade. After being "memorized by Buddy Rich and his Killer Force Orchestra," jazz drums became her focus. She played professionally in a variety of musical situations from jazz to symphony to Broadway while she was an undergraduate at the State University of New York at Binghamton. Earning her Bachelor of Arts, she moved to New York City, completed a Master of Arts and Ph.D. in Jazz performance at New York University.Maricle is a busy freelance musician who also performs regularly with New Jersey Symphony, Concordia, various Broadway shows, Maurice Hines, and the Oliver Jones Trio. She has worked with such jazz luminaries as Clark Terry, Dizzy Gillespie, Lionel Hampton and Slam Stewart. Some of her other musical credits include appearing on stage in the Broadway production of Cabaret, a feature with DIVA on the television show CBS Sunday Morning, with the New York Pops on the PBS specials Great Love Songs and Skitch Henderson's 80th Birthday Gala, and also a feature for the Canadian Broadcast Company with the Oliver Jones Trio at the Montreal Jazz Festival.DIVA's most recent recording is I Believe in You, recorded in November 1998. Their other CD's include Leave it to DIVA, 1997 and Something's Coming, 1995. Some of Maricle's additional recording credits include The Time Being: Cookin' on all Burners; Dedication: Sherrie Maricle and Friends, On the Brink with 5 PLAY and numerous compact discs with The New York Pops.