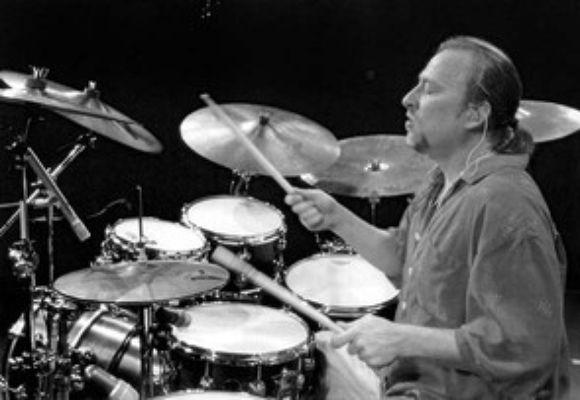 Born and raised in Chicago, Gary Novak was practically born with drum sticks in hand. Coming from parents of great musical talent, it is no wonder that Gary began playing the piano at the tender age of 8. While most musicians find their musical inspiration outside the home, Novak's influence came from his parents. His mother, Carol Novak, also a pianist, played with her trio at the London House. His father, Larry Novak, the famous Chicago pianist, not only encouraged the career of his son but also put him to work. From the age of 10 to 12, Novak would work with his father's trio in all the Chicago clubs, including Mr. Kelly's, gaining the insight and experience that would lead to several musical milestones obtained at a very young age.

During high school, Novak worked with the jazz clarinet master Buddy Defranco as well as such notables as Joe Williams, Milt Hinton, Kenny Burrell, Barney Kessel and the great Louis Bellson. Novak's blossoming reputation lead to the opportunity to represent Yamaha drums and Zildjian cymbal through endorsements at the age of 17.

At 19 years old, Novak moved to Los Angeles - an important step forward for Novak bringing many opportunities most could only dream of getting. Not only did Los Angeles bring him his first road job with Maynard Ferguson, but it marked a year of great exposure. Novak would come to work with Brandon Fields and record on his latest LP. He worked with such musical greats as Michael McDonald, Natalie Cole, David Sanborn and Anita Baker.

He teamed up with guitarist Lee Ritenour who employed him for his solo tour and the GRP All-Star tour in 1991.

Novak continued to tour throughout 92, this time with George Benson. Although he had been working for the greater part of his life, he was not about to slow down. At 28, he joined Chick Coreas newest band. After leaving it, he toured with other great musicians, such as Bob Berg and Allan Holdsworth. In 1998 he joined Canadian pop star Alanis Morissettes band, recording and touring with her for over a year.

One must wonder what will be left for Gary Novak to do, having accomplished so much in such a short time....