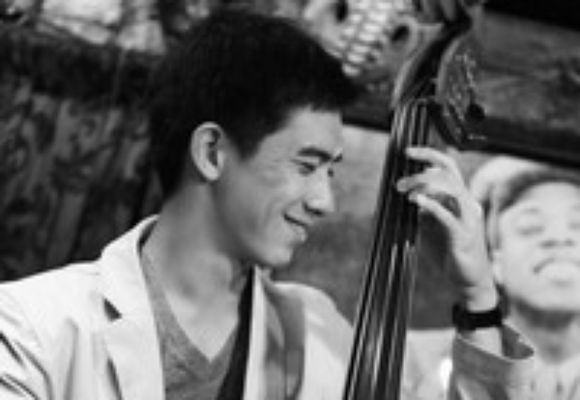 New York-based musician Kevin Hsieh began playing upright bass during his senior year of high school in an attempt to satisfy his curiosity for jazz and improvised music. With his background of classical training and the influence of many great mentors (including Drew Gress, Larry Grenadier, John Clayton, David Wong, Paul Warburton, and Carol Kaye), Kevin has been able to quickly reach a level that has allowed him to play alongside many great musicians. Kevin Hsieh can be seen weekly at Cleopatra's Needle as the house bassist at the late night jam session on Friday and Saturday nights.