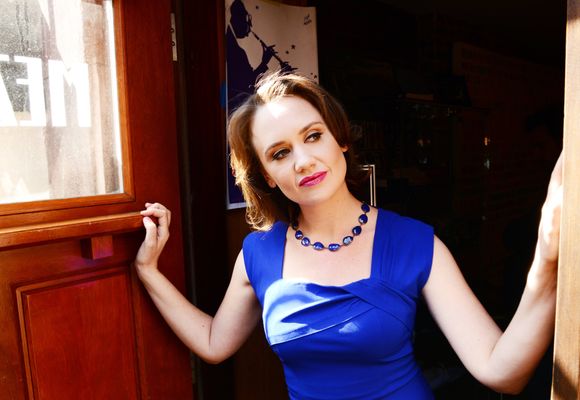 Vocalist Hilary Gardner grew up in Wasilla, Alaska infatuated with New York City. Hilary’s latest release, The Late Set (Anzic), is a collection of piano/vocal duets with celebrated pianist Ehud Asherie and hearkens back to a bygone era of after-hours music making in tucked-away jazz haunts. Hilary and Ehud’s love of timeless songs is evident in their intimate, swinging renditions of standards both familiar and obscure by stalwarts of the Great American Songbook, including Harry Warren, Irving Berlin, Rodgers & Hart, Harold Arlen, and more.

Hilary performed with Jeff Goldblum and his band at the Café Carlyle, prompting New York Magazine to call hers "a voice worth seeking out." In the wake of her appearance with Goldblum, Michael Feinstein invited Hilary to be his guest on NPR's Song Travels with Michael Feinstein. She was also a guest on Judy Carmichael’s SiriusXM program, Jazz Inspired.

Hilary has appeared as a guest soloist with symphonies across the country, including the Minnesota Orchestra, Carolina Philharmonic, Rochester Symphony Orchestra, and the Ridgefield Symphony Orchestra. Hilary performs as a leader throughout New York City and the United States.