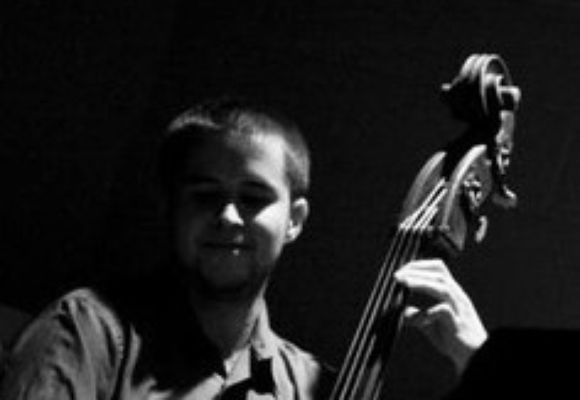 Philip Kuehn hails from Lucernemines, Pennsylvania and has been performing regularly in New York City for almost 6 years. He has performed with many different people, including Wynton Marsalis, Tony Bennett, Jon Faddis, Slide Hampton, Chris Vadala, Ellis Marsalis, Roger Humphries, Billy Taylor, Branford Marsalis, Christian McBride, Eric Lewis, Brandon Lee, and regularly performs with Jonathan Batiste. He has performed around the world at different jazz festivals and concert venues, including a performance at the White House with Billy Taylor. His bass playing can be heard on Jonathan Batiste's CD "Live at the Rubin Museum", Brandon Lee's CD "From Within", a newly recorded CD by Justin Kauflin, and several recordings of the Juilliard Jazz Ensembles. He works as a freelance musician around the New York area and is frequently called upon to adapt to many different musical settings. He is also active as a composer, arranger and teacher. His arrangements have been performed and recorded by Jonathan Batiste and the Juilliard Jazz Ensembles. He is currently pursuing his Masters degree in Jazz Studies at the Juilliard School.