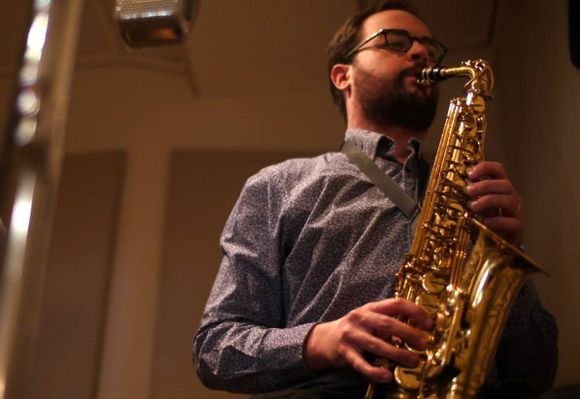 Jay Rattman, 27, originally from Stroudsburg, Pennsylvania maintains an active schedule as a freelance woodwind artist, creative musician, composer and arranger in and around New York City.

At an early age he was mentored by saxophone greats Phil Woods and David Liebman. He received a bachelor’s degree in three years in addition to a master’s degree from Manhattan School of Music where he studied with Dick Oatts, Steve Slagle, Steve Wilson, Joe Temperley, David Krakauer and John Riley, and was presented the William H. Borden award for outstanding accomplishment in jazz.

He has performed in venues as varied as Jazz @ Lincoln Center, The Blue Note, Carnegie Hall, Town Hall, Alice Tully Hall, The Coachella Festival, Red Rocks Amphitheater, the Metropolitan Museum of Art, the Philadelphia Museum of Art, the Bruno Walter Auditorium at Lincoln Center, Smalls Jazz Club, Cornelia Street Café, the Mercury Lounge, the Bitter End, and has also appeared on NPR’s Sound of Young America, The Late Show, and The Tonight Show.

In demand in a variety of musical settings as diverse as traditional jazz, klezmer, big band, free improvisation, creative jazz, and classical chamber music, he has performed with musicians as drastically varied as Bob Dorough, Feist, Nellie McKay, and the José Limón Dance Company. He has recorded on over 20 albums as a sideman including vibraphonist Stefon Harris’s Grammy-nominated CD, “Urbanus” and Phil Woods’s “New Celebration.” Rattman is a member of the klezmer band “Zlek” and Phil Woods’s Festival Orchestra, besides leading his own quartet, which plays members’ original music. A champion of new music, he has premiered pieces as a member of the Manhattan Saxophone Quartet by David Noon, Marc-Antonio Consoli, and J. Mark Stambaugh among many others. His talents have been recognized by the NFAA ARTS awards and the ASCAP Young Jazz Composer Awards.