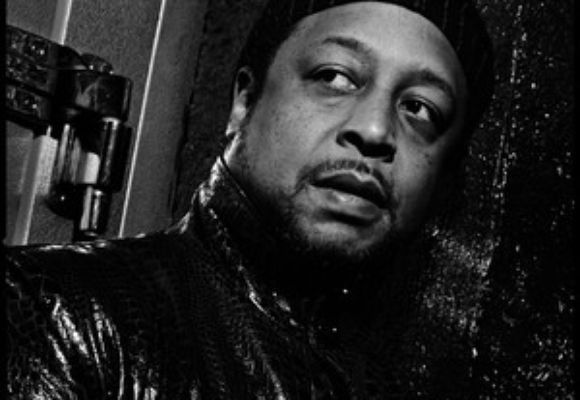 Eric Wyatt is one of the very few Jazz Musicians that was born an raised in New york. He was born in Brooklyn NY an went to Public Schools in the NY City area. His father was a musician who played with some of the greatest Jazz musicians. Eric can remember meeting at a very young age some of the Legends of this music. His father Charles Wyatt played tenor saxophone an some times he would often drive the band members that played with Sonny Rollins to perform. Eric would go along for some of these rides at the age of 10 years old. One of those rides led to him discover he wanted to be a musician.Thru research that gig he went to was at Storrs Conn. The musicians were Larry Ridley Albert Dailey drummer David Lee, Wilber Ware also Gilley Goggins, Gary Bartz, Scoby Stroman, Paul Jeffries and Roland Alexander were also good friends who would come by the house. It was thru this history Eric LEARNED ABOUT THIS MUSIC. He also met Miles Davis at the Bottom Line performing in the early 70's.

Eric was briefly side tracked playing basketball. The neigborhood was a place where many sport legends grew up an his interest in sports was hard to fight ,but his music interest was greater.In high school his music teacher Charles Bergstein called him Charlie (PARKER)WYATT because when he would warm up in class he would play Charlie Parker tunes. Mr Bergstein helped get him in to Kingsborough Comm College. He. was in the 802 music program. He transfered to Lehman College where he studied with Stanley Cowell . It was during this time Eric met Arthur Rhames a master muscian that taught him about the saxophone an all of the elements it would take to have his own voice on the saxophone. Arthur an Eric recorded music practiced together an made a recording .That recording never was released.Arthur life was cut short at the age of 32. It was also the same year Eric,s father passed,but they as well as Sonny Rollins inspired Eric to pursue his dream and Eric continued on.

Eric was introduced to a jazz club owner in France namedDanny Michell by good friend an piano player Carlos McKinney and the doors to performing internationally opened for Eric's career. Eric has played all over the world and has written music that has been used in movies an television shows. One of his first compositions was used as the theme music for a T.V. news show called "Black News" .Eric's composition "Welcome Home" was the theme music for the NBA T.V. show "One On One" with Ahmad Rashad. He also has some acting credits an voice over credits in the independent movie "SMOKED" Directed by Fred Banting.

Eric is the host of the thurs night jam sessions at "Sweet Rhythm" 11-30 till 2:00am. www.sweetrhythmny.com. His cd Family Business was voted 1 on the CMJ music chart Oct,2004. His first CD God Son is on the King RECORD LABEL. This recording is a tribute to his god father Sonny Rollins. IT features songs from Sonny,s Saxophone Colossus cd. He also has a cd Live at the Half Note recorded in Athens Greece.(Covert Operation) He also has an organ quartet NEW YORK UNITED.

You can read a GREAT NEW INTERVIEW featuring ERIC WYATT . GO TO www.2forkhwy.com an CLICK ON FORK HEROES .You can read reviews of Eric Wyatt cds,at www.allaboutjazz.com