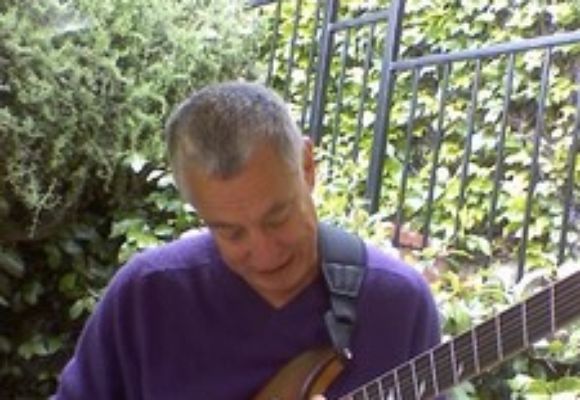 Visionary New Orleans "guitarpist" Phil deGruy has taken the bold initiative of adding 10 strings to a 7-string axe to come up with his custom-made 'guitarp.' With this unconventional instrument and a highly unorthodox approach to the fingerstyle jazz tradition and genres well beyond, deGruy is able to emulate the expansive harmonic palette of one of his major influences, pianist Bill Evans while staking out his own new territory as a modern guitar master. Matt Resnicoff put it best in the liner notes to deGruy's 1995 solo debut, Innuendo Out The Other: "Philip deGruy is the Victor Borge of the electric guitar, but only if Victor were as good as Art Tatum and as hilarious as, say, Lenny Bruce on a particularly outraged afternoon." Guitar Player magazine put it more bluntly: "deGruy is one of the finest players ever." Expect everything from the graceful melodicism of Debussy to inventive interpretations of Coltrane, Jobim, Gershwin, the Beatles and Bill Evans, all delivered with the masterful command of a Joe Pass or Lenny Breau and just a touch of N'awlins-bred irreverence.