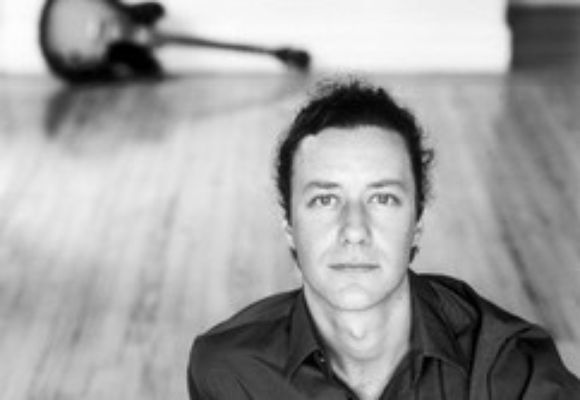 A native New Yorker, Adam Rogers is the guitarist of choice for an array of the greatest names in jazz, pop and world music: Michael and Randy Brecker, Cassandra Wilson, Lizz Wright, Walter Becker ( of Steely Dan ), John Zorn, The Gil Evans Orchestra, The Mingus Orchestra, Paul Simon, Norah Jones, John Patitucci, Alana Davis, Ravi Coltrane, Brian Blade, Kenny Barron, Regina Carter, Giora Feidman and Simon Shaheen to name just a few. He has appeared on over one hundred and fifty albums and toured extensively throughout the United States, Canada, Europe, Japan, South America, The Middle East and Russia. He has been singled out for praise in Downbeat, The New York Times, The Boston globe, The Village Voice, Jazz Times, Jazziz, Newsweek, Jazz Hot, All about Jazz and The Chicago Sun Times, among numerous other periodicals worldwide. Adam co-led the innovative and critically acclaimed group Lost Tribe, which released three albums. His debut CD, Art of the Invisible, was released in 2002 to critical acclaim on Criss Cross Records. Offering up a definitive statement as a composer with eight of his own tunes, the quartet featured on this recording includes Ed Simon on piano, Scott Colley on bass and Clarence Penn on drums. His second album of exclusively original compositions, Allegory, also on Criss Cross, was released in September of 2003 and features the same group with the addition of Chris Potter on saxophone. His third outing, Apparitions, with the same lineup, continued to showcase Adams unique compositional and improvisational abilities. His first trio record, Time and the Infinite, featuring Scott Colley and Bill Stewart, was released in February of 2007. His new trio album, "Sight" with John Patitucci and Clarence Penn was released in May 2009.