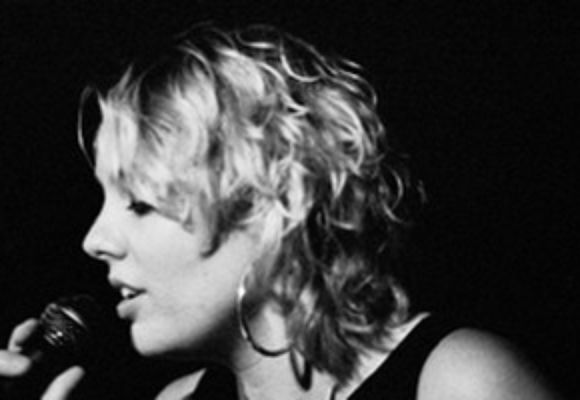 Tine Bruhn moved to New York City in 2001 after having graduated from Berklee College of Music in Boston. She quickly became part of New Yorks jazz scene as she started singing at Kavehaz and she has since performed at some of the citys best music venues including Bar Next Door, Cutting Room and Miles Jazz Cafe (sister cafe to Miles in Tokyo). Tine Bruhn consistently plays with some of the top musicians in NYC and she has become a regular on the program at the well-known jazz club Zinc Bar in downtown Manhattan.

Born in 1978, Tine grew up belonging to the Danish minority in Flensburg, Germany. At the age of 15 she founded the the cappella group "Kvart I Fire" which gained high recognition in Denmark and Germany, especially after its release of the CD "Go 4 it" in 1996. The group kept an average of 3 performances a week during their high school years and they were requested at endless official functions as well as private parties. Additionally Tine sang in classical choirs including the highly renowned semi-professional youth choir Landes Jugend Chor Schleswig Holstein and Jugend Kammer Chor Flensburg/Kiel. Around that time she discovered her passion for jazz and started doing concerts with a jazz trio. In Boston she continued performing in a cappella settings, one of them being the "Vocal Jazz Ensemble" under the direction of Sharon Broadley-Martin, a Vox One member. She studied with Sheryl Bentyne (Manhattan Transfer), recording artist Walter Beasley, Grammy award winner Richard Evans and distinguished scat educator Bob Stoloff.

In April 2009 the Tine Bruhn Quartet was on tour in Europe where they played at sold out venues including B-Flat in Berlin, and in June 09 Ms. Bruhn celebrated the release of her debut album Entranced with a stunning concert at Zinc Bar in New York. In July 09 she and her band mates entranced the audience at Scandinavia House in NYC as they ended the annual Summer Jazz Series on a high note, and the group represented Denmark at Greenwood Lakes' Scandinavia month in January 2010.

In the spring of 2010, Tine Bruhn expanded the group to a quintet and included alto and soprano saxophonist Lars Haake. In August 2010, the newly founded quintet went to Philadelphia to perform at the highly renowned Chris Jazz Cafe, the citys number one jazz bar.

The second tour to Europe is being planned for the Spring of 2011 with stops in Germany, Sweden and Denmark.