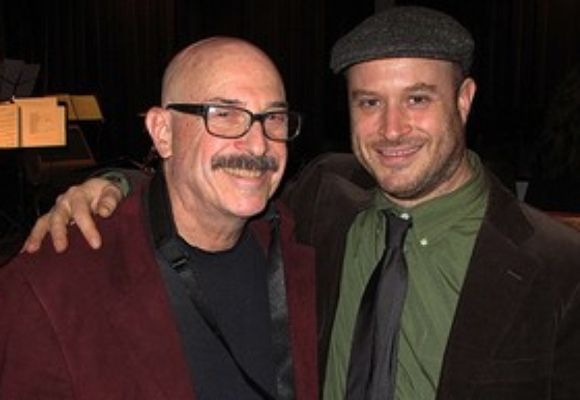 Marty Ehrlich Philosophy of a Groove

New York City based saxophonist and clarinetist Frank Perowsky is a a freelance musician who throughout his career has toured or performed with such artists as Peggy Lee, Sarah Vaughan, Billy Eckstine, Stan Getz and has been member of the big bands of Jimmy Dorsey, Woody Herman, Les and Larry Elgart and Mike Longo. He has recorded with Tito Rodriguez, Johnny Richards, Bill Watrous' big band in the '70s, Roland Hanna and Liza Minnelli to name a few. Upon graduating from Juilliard as a clarinet major in 1958 Frank began his career in the big bands of Jimmy Dorsey, Woody Herman, Les and Larry Elgart playing the jazz tenor chair. In the 60s while free-lancing in NYC he recorded and performed with Johnny Richards, Tito Rodriquez, Billy Taylor and Bill Watrous. In the 70s and 80s he played in numerous Broadwy pits and performed in backup bands for Peggy Lee, Nancy Wilson, Billy Eckstine, Mel Torme, Michel Legrand, Frank Sinatra and Stan Getz. He has recorded and toured with Liza Minnelli from 1981 to the present. He toured Japan with pianist Roland Hanna where they performed Roland’s original compositions for flute, Frank, French Horn, Bob Johnson, and Roland on cello. Frank began composing and arranging in his teens. His arrangement of Bud Powell’s composition “Bouncin’ With Bud” was recorded by Buddy Rich on the “Class Of ‘78” album. Roland Hanna recorded Frank’s “Samba De La Noce” on his CD, “Double Exposure” on LRC Ltd. 1991. Bill Watrous recorded Frank’s arrangement of Victor Young’s “My Foolish Heart” in 2003 for Doubletime Records. His latest CD "Bop on Pop" is a collabortive effort with his son, drummer Ben, and features the two with organist Sam Yahel.

Ben has been prolific as a leader all the while, with many releases as producer including Lost Tribe records in ’92, ’93 and ‘98.

Ben Perowsky Trio ‘99 from which the title Segment was used for the movie Talegega Nights.

He also recently formed the band RedCred with Chris Speed, John Medeski and Larry Grenadier, played beats on the disco hit song “Blind” by Hercules and Love Affair, toured with Canadian popstars Tegan and Sara and continues to record and produce tracks with many artists while residing in NYC.