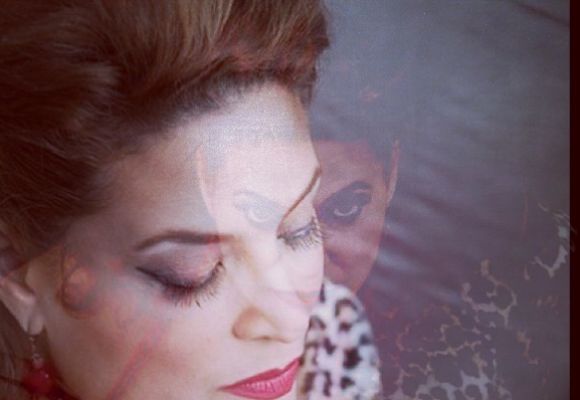 Born and raised in the Big Apple, Michelle Zangara kicked off her career as an opening act for Rod Stewart who was crazy about Brazilian music and in particular SAMBA.  His fascination with the multi-layered rhythms of batucada beats and love for Power Samba Band, Pe-De-Boi led to showcasing them at the Brendan Byrne Arena home of the Nets and Giants at the time, where 30,000 screaming fans moved in time to the drums and watched in fascination as dancer/vocalist/percussionist, Michelle Zangara performed with Pe-De-Boi.  Always using the element of surprise, Pe-De-Boi, made hundreds of nightclub appearances including: Studio 54, Fat Tuesdays, The Mudd Club, Xenon, Sounds of Brazil, (house band for three years), Paradise garage, and many many more venues. Featured in "Good Morning, New York" a popular TV show hosted by Gordon Eliott, (present Producer/ Announcer of "The Chew" on ABC).  Pe-De-Boi surprised an octogenarian couple who answered the front door in their underwear, shocked to find six drummers and two sambistas in full regalia!  Arkadia Records jazz label produced Pe-De-Boi's debut album and Michelle Zangara composed  "Samba Summer" and wrote English lyrics to "Copoeira" a popular Brazilian song for this record.  Paul Winter concerts at Saint John's Cathedral and the Halloween parade were annual performance events for the rhythmical sounds of this popular batucada band.  Hollywood came to New York City and director, Jonathan Demme's film "Married To The Mob" starring Michelle Pfeiffer featured the band, and Michelle's lyric was given mention in the dialogue between the lead actors, after they leave the club, Sounds of Brazil.  Pe-De-Boi received rave reviews in The New Yorker and Village Voice as well as The New York Times as hot bands to hear in New York City.  This collaboration spanned over 11 years which included opening for Jorge Ben and David Johansen and also included tours to Japan and Brazil.

Moving on to pursue a career as an actress, Michelle was individually featured in a promotional campaign in The New York Post in a half-page spread and was eventually selected to be a finalist in the "Face of the Eighties" competition sponsored by the Ford Agency.  This brought her to the attention of Music Video producers for soul-singer, Ron Isley of the Isley Brothers.  Chosen from over 400 applicants, Michelle was chosen to play Ron Isley's video vixen for his Debut Solo Album release: "Spend The Night", featuring a cut from the album "You'll Never Walk Alone". The video featured Michelle Zangara and Ron Isley in a glorious Fall setting and a tasteful love scene.  Michelle also had a speaking part in an Independent movie called "Washington Heights", which paired her with director, Alfredo Da Villa, and Actor, Tomas Milian of Steven Soderburg's "Traffic" fame. This film garnered awards at Cannes Film Festival for Best Director and Best Original Screenplay.

Signed to Polydor records, Zangara joined several groups at this time, including "Hot Box"as a background vocalist with fellow actor Lisa Vidal.  "Do You Want A Lover, A Latin Lover?"  hit dance charts with a bullet and enjoyed heavy rotation on radio and TV.

Her jazz quartet has performed in New York City at clubs, bars, and private parties which included a book launch for Joyce Johnson's biography of her ex, Jack Kerouac entitled "THE VOICE IS ALL, the silent victory of Jack Kerouac". She has performed at top chef's, Mario Batali's flagship restaurant, "Del Posto" for a private party and for I.A.A.C.'s fundraiser. Michele also had the great honor to perform with the legendary movie Soundtrack composer, David Amram at a fundraiser for the Kerouac house at Cornelia St. Café which included the Award-winning actor, Michael Shannon and author Joyce Johnson.

On the jazz scene, Michelle Zangara has distinguished herself most recently with her chart topping album "songs of blue" produced by Jeremy Pelt. This album was voted top jazz album in 2014 and was No. 1 on Amazon as bestsellers for twelve weeks. It charted at #7 on jazzweek,  #41 on CMJ and #4 on Earshot in Canada with Heavy Rotation on all jazz stations. Michelle has played with such notables as Roy Hargrove, Harold Mabern, Johnny O Neal, & Jeremy Pelt.

Additionally she has performed
@ a star-studded after-party for
NY FILM FESTIVAL'S  Award-Winning Documentary Director: Tom Donahue's
"Thank You For Your Service"
Footnote:

Michelle worked as a recording artist with Nile Rodgers, Bowie/Madonna's producer. She is also a member of Equity and Screen Actor's Guild-A.F.T.R.A. and has worked on over 150 Films, Theatre, & TV projects since 1989.

Currently, she performs with her trio (Alberto Pibiri. Piano, Saul Rubin, Guitar and various rhythm section players including Ben Meigners, Corin Stiggall & Tyler Mitchell. She is at West End most Saturdays from 10pm to 1am in the theatre district(49 street & 8th Ave.) Her sound is one of a kind...check out her CDs on itunes: "More Than You Know" - Michelle Zangara (2010) & "Songs of Blue" - Michelle Zangara (2013). See video (u tube) : tin tan and the malagon sisters of Michelle Zangara's Mom, Haydee Malagon, who was a famous entertainer and to view a music video she appeared in with Ronald Isley from 1989, song: "you'll never walk alone" from Isley's Spend the Night Album. (This video has been removed from Internet due to infringement issues).