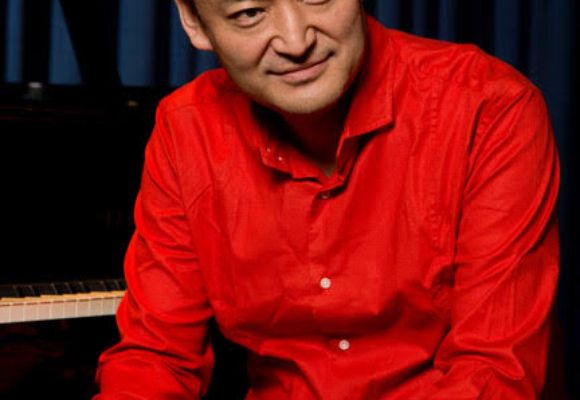 Yutaka Shiina is an extremely gifted performer with a sensitive touch and a rich, profound piano sound.  Shiina is one of the finest jazz composers working today.  Since his debut in the early 1990’s, he has been a first call pianist in Japan, and has since branched out on the international jazz circuit.  He came of age along with the young lions of the New York scene, and his first break came as a member of the Roy Hargrove Quartet.  Adding Antonio Hart, the group developed into The Jazz Networks, releasing 5 albums and touring extensively. His early recordings as a leader featured great rising stars like Reginald Veal, Herlin Riley, Nicholas Payton, Christian McBride, Robert Hurst, Ali Jackson, and Greg Hutchinson.  After establishing himself as a leading voice of his generation, Shiina’s music came to the attention of the late Elvin Jones.  Jones hired Shiina, and introduced him around the world on multiple tours in the mid-90’s. Since that time, Shiina has become a mature artist, devoting his time to touring, composing, recording, and educating the next generation of Japanese jazz musicians.  He remains a highly sought after sideman and leader, and is active in throughout Asia, the US and Europe.  He recently performed with the Tokyo Philharmonic, and has been a consistent poll winner in the Japanese jazz journals for 20 years.