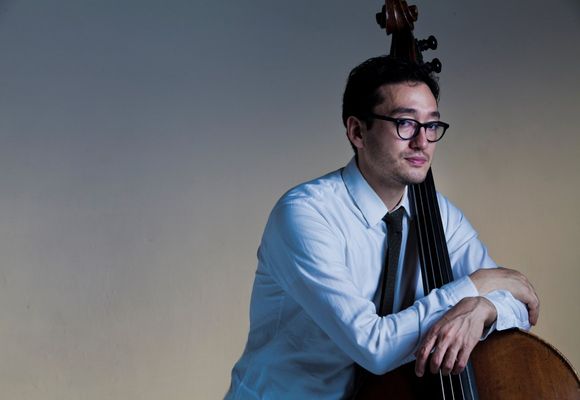 Bassist David Wong was born and raised in New York City. He is a graduate of the LaGuardia High School for Music and Art and the Performing Arts, where he developed his passion for music under the tutelage of tuba master Bob Stewart. In 2004, he graduated from the Juilliard School in classical music. He has studied with Orin O'Brien (New York Philharmonic), Ron Carter, Ben Wolfe, and John Clayton. From 2003 to 2004, as part of the Eric Reed Trio, Mr. Wong performed in Switzerland, Scotland, the Hollywood Bowl (Los Angeles), the Algonquin Hotel (New York City), and with Jazz at Lincoln Center and many other venues worldwide. He is currently a member of Roy Haynes' Fountain of Youth band which has toured throughout the United States, Europe and Japan, as well as bassist with the Heath Brothers quartet, led by jazz legends, Jimmy and Albert "Tootie" Heath. David can also be seen performing with the exciting new singer, Sachal Vasandani, and the amazing pianist, Jeb Patton. He has recorded with Benny Green, Dan Nimmer, Jeb Patton, Albert Tootie Heath, and is featured on a brand new release from Sachal Vasandani, Eyes Wide Open. He has performed with Clark Terry, Illinois Jacquet, Wynton Marsalis, Christian McBride, Walter Blanding, Marcus Printup, Leroy Jenkins, David Hazeltine, Jim Rotondi, Carla Cook, Paula West, and Mark Gould (Metropolitan Opera) to name just a few.