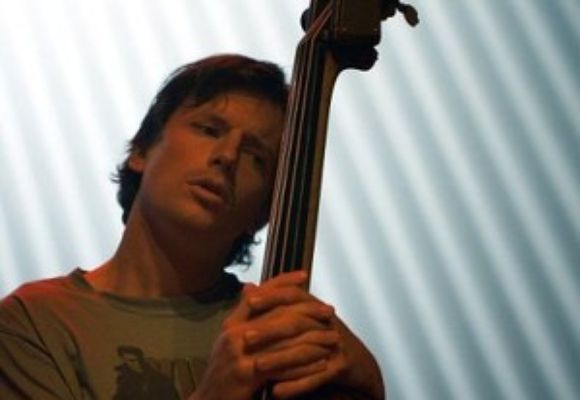 Originally from New Zealand, Matt Penman moved to the States in 1994 to attend Berklee College of Music, and to New York in 1995 where he maintains an international performing, recording and teaching schedule as one of jazz musics most in-demand musicians.

He is an established member of the SFJazz Collective, an 8-piece composers collective devoted to presenting the original works of its members as well as arrangements by the band of a different jazz greats work every year. The Collective is in its sixth year and currently features Joe Lovano, Dave Douglas and Stefon Harris. He also performs regularly with John Scofield; in his trio-plus-horns formation, and in a quartet with Joe Lovano. He is also a member of Nils Wograms Root 70, a drummerless trio with Hayden Chisholm and John Taylor, and a new collaborative quartet featuring Joshua Redman. Other past collaborators include Kurt Rosenwinkel, Kenny Werner, Chris Cheek, Seamus Blake, Wolfgang Muthspiel, Guillermo Klein, Rebecca Martin, Nicholas Payton, Fred Hersch and Madeleine Peyroux.

He has mentored in many workshops throughout Europe and in 2007 was an Artist in Residence at the Brubeck Institute in Stockton, California, and was on the faculty of the 2009 Banff Workshop for Creative and Improvised Music.

His own projects include the 1998 co-led album Flipside on Naxos, then in 2001 The Unquiet, and 2008 Catch of the Day both on the Barcelona label Fresh Sound. He also features on about 85 CDs on various labels.