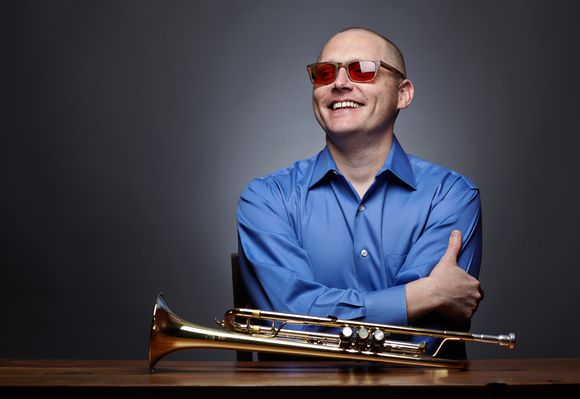 Trumpeter Thomas Marriott is one of the most exciting musicians to emerge on the national jazz scene in more than a decade. The seven-time Golden Ear award winner is a skilled instrumentalist, composer and producer, always seeking to expand the boundaries of jazz music in all its forms.

Marriott’s diverse interests and skills are reflected in the range and success of his albums. Since 2004, Thomas has produced eight albums as a leader for Origin Records. Three of his albums have made the top-ten on national jazz radio airplay charts, including the 2009 release “East-West Trumpet Summit,” which made it all the way to number one on JazzWeek.  His albums have been featured on NPR’s “Morning Edition” and have gained critical acclaim world-wide, including the 2010 release “Constraints and Liberations” which garnered 4 ½ stars in Downbeat Magazine. Thomas’ ninth album, “Urban Folklore,” was released in 2014 and features Orrin Evans, Eric Revis and Donald Edwards. The album was the editor’s pick in JazzTimes’ January 2015 issue.

Known for his innovative spirit and broad musical scope, Thomas continues to perform on the stages of the world’s greatest jazz clubs and concert halls, as a leader and alongside the top names in jazz. The Seattle native is featured on more than 100 recordings with musicians of all genres and styles. Thomas has produced albums for a number of artists including saxophonist Hadley Caliman and trumpeter Ray Vega. He has served on the Board of Governors of the Pacific Northwest Chapter of the National Academy of Recording Arts & Sciences and the Board of Directors of Earshot Jazz. Since his return to Seattle in 2004 he has been the featured trumpet soloist with the Seattle Repertory Jazz Orchestra and has been a catalyst on the Seattle jazz scene.