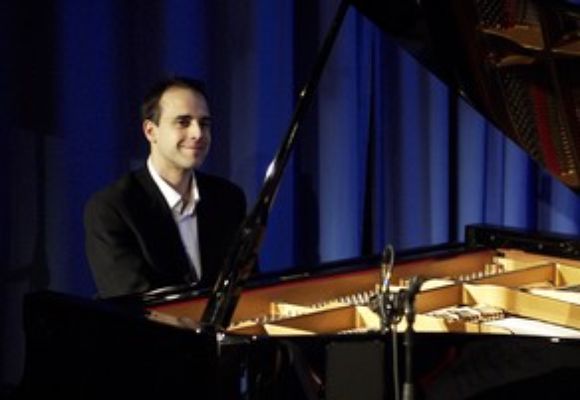 If there was one word to describe Claude Diallo and his music it would be passion. From his humble beginnings to the drive behind his compositions, he welcomes truth and every day life as the seal for his musical journeys through the world.

Born in St. Gallen, Switzerland in 1981, to a Swiss mother and French father, Claude Diallo was destined to play music as both parents played violin in a Symphony Orchestra where he frequented the classical performances during his childhood. Inspired by Oscar Petersons fiery music is what turned him on to Jazz at the age of 13; it was love and he never turned back.

Between 2004 and 2006 he completed his Bachelor Degree in Performance under the guidance of Danilo Perez, Raymond Santisi and Frank Carlberg at the renowned Berklee College of Music. During his studies in Boston, he had the extraordinary privilege of learning from the late Charlie Banacos, one of our times best Jazz educators. In addition to that, acclaimed musicians such as Joe Lovano, Kennwood Dennard and Bob Moses helped to polish Claude Diallos efforts to be part of the international Jazz scene.

In 2007 he followed his dream to live and play in New York and got accepted to the Aaron Copland School of Music, completing a Masters Degree in 2008. There he studied with David Berkman (piano), Michael Mossman (arrangement and composition), Antonio Hart (Improvisation) and Dr. Howard Brofsky (Jazz History).

His accolades from his home country include being finalist in 2009 at the Montreux Jazz Festival Solo Piano Competition and recipient of the Cultural Achievement Award from his hometown St. Gallen in 2008.

With 8 CDs and 1 DVD (Live at Tonhalle St. Gallen) that Claude Diallo produced as a leader between 2001 and 2010 he continues to aim at the goal to present his compositions and style of playing to loyal audiences all over the world and to be heard in todays competitive Jazz world.

He has performed around the globe in contexts ranging from solo piano, to various small bands as a leader and sideman. Among his performances were places such as New York, Boston, Washington D.C, Montreux Jazzfestival, Zurich, Tel Aviv, Sao Paulo, Tirana, Luxembourg, Berlin, Hannover, Paris, Austria, the Dominican Republic and the Islands of the Maldives.

With his trio Claude Diallo Situation (founded in April 2007 with Swiss drummer Massimo Buonanno and French electric bassist Laurent Salzard) he pushed his aim further by organizing an ASIA TOUR through Taiwan, Malaysia, Singapore, Thailand and Hong Kong in July 2010. One of the highlights were a performance at the Taipei International Jazzfestival and for the Swiss President Doris Leuthard in Singapore.

In 2011, 29 year old, New York - based Claude Diallo would like to continue to build his international network by getting heard in New York City, reaching out to new destinations in Europe and to explore the new boundaries of the Asian Jazz Market. Come and join Claude Diallos world of music and be part of his journey.