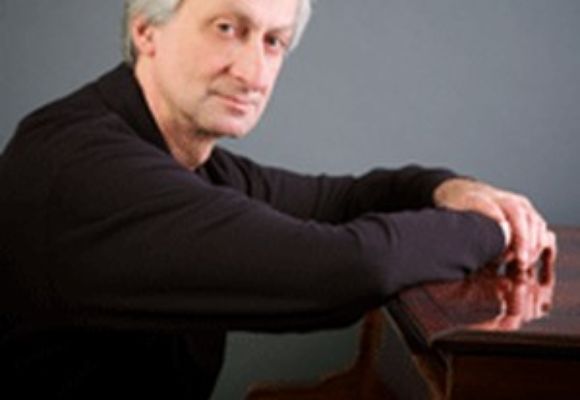 For over thirty years, pianist/composer and Fulbright Scholar ARMEN DONELIAN has distinguished himself in 23 countries as a performer, recording artist, master class leader, and with his published writings. Donelians music is a distinctive blend of influences including his Armenian origin, his Classical technique, and his association with some of the biggest names in Jazz. And, according to Metronom, he achieves this fusion in such a natural way that one can tell its a masters work.

As a child, Armen absorbed the sound of Armenian, Turkish, Greek and Middle Eastern music at social gatherings and from records his father played at home.

During his youth, Armen trained for 12 years as a concert pianist at the Westchester Conservatory of Music in White Plains, NY with the late Michael Pollon. His studies included regular solo piano recitals and several concertos with local symphonies, and culminated in a 1968 graduation recital including works by Bach, Beethoven, Chopin, Debussy and Prokofiev.

At about 15, Donelian joined a Jazz group led by guitarist Arthur Ryerson, Sr., and things were never quite the same after that. Captivated by the Jazz feeling, he began listening to Jazz masters like Louis Armstrong, Art Tatum, Duke Ellington, Thelonious Monk, Charlie Parker, Miles Davis and John Coltrane.

After graduating from Columbia University in 1972, Donelian apprenticed for two years with Richie Beirach, one of the strongest pianists in New York. He learned how to meld his Classical training with his instinct for Jazz improvisation and composition.

Armen Donelian broke into the Jazz world in 1975 with Mongo Santamarias vibrant Afro-Cuban Jazz octet. Tours and recordings ensued, including Sofrito that includes three Donelian compositions and was nominated for a 1976 Grammy Award as the Best Latin Jazz Album. In the following years, he mastered the Jazz arts through engagements and recordings with Sonny Rollins (1977-8), Chet Baker (1977 and 1983-5), Billy Harper (1979-83), Paquito DRivera (1984-5), Anne-Marie Moss (1979-84) and others.

During this period, Donelian also composed and led his own group, Essence, in New York area venues. Donelians album debut came in 1981 with the release of Stargazer (Atlas) in Japan, a trio LP with bassist Eddie Gomez and Billy Hart on drums that received critical praise from Swing Journal for its wonderful tension and Donelians uncommon talent as a composer. Sadly, it was not distributed or reviewed in the USA.

In 1984, Donelian embarked on serious composition studies with Harold Seletsky, a master composer in the tradition of Arnold Schoenberg. Several fugues and motets resulted, and these lessons also had a marked influence on Donelians Jazz writing.

Over the next six years, Donelian released four critically acclaimed CDs: A Reverie for solo piano, called A masterpiece by Swing Jazz Journal(1984); Trio 87, One of the great unsung piano recordings of the 80s according to Cadence(1987), with Norwegians Carl Morten Iversen and Audun Kleive; and, Secrets, chosen #3 Jazz Album of 1988 (Jazz HotCritics Poll) for its Epic musicality, and The Wayfarer, praised as Downright haunting by Downbeat(1990), both featuring Dick Oatts on saxophones, Barry Danielian on trumpet and flugelhorn, bassist Anthony Cox, drummer Bill Stewart and percussionist Arto Tunçboyaciyan.

A composer of over 90 works, Donelian received a 2000 Fellowship in Music Composition from the New Jersey State Council on the Arts. The Grand Ideas recordings (below) were thus made possible. Several of Donelians works were published by Advance Music and Sher Music, and recorded by Mongo Santamaria and Rory Stuart.

In addition to performing and composing, Donelian has taught since his teens. Donelian joined the faculty of the New School Jazz Program in 1986 and William Paterson University (NJ) in 1993, where he continues to teach.

With support from four Jazz Fellowships from the National Endowment for the Arts from 1990 to 1996, Donelian presented the Rhythm Section Plus One master class series in New York. Over 55 Jazz masters, including Dewey Redman, Jim Hall and David Liebman joined Donelian in the program.

Donelians first book, Training the Ear, was published by Advance Music in 1992 (English) and ATN, Inc. in 2001 (Japanese). It arose from his academic work and has been called the most clearly organized and comprehensive package of its type by the Rutgers Annual Review of Jazz Studies(1994-5). Training the Ear Volume Two (Advance), was published in 2003 and focuses exclusively on jazz harmony. Donelians articles on ear training and chord voicings have appeared in Downbeatand Keyboard.

Proud of his Armenian heritage, Donelian joined the Middle Eastern Jazz group Night Ark during the 1980s and 90s, performing in Switzerland, Italy, Israel, Greece, Turkey, Armenia and the USA and on recordings for RCA/Novus, Polygram and Universal Records. As arranger and pianist, he accompanied vocalist Datevik Hovanesian in performances in France, Armenia and the USA.

In 1992, Donelian recorded a live quartet performance at the New York nightclub Visiones, with the late alto saxophonist Thomas Chapin and bassist Calvin Hill and drummer Jeff Williams. Donelian had been playing with Chapin since the mid-1980s. In 2003, after a long label search, Playscape Recordings released Quartet Language, a thrilling set taken from these recordings.

Donelian first traveled to Armenia in 1998 to perform in the first Yerevan International Jazz Festival, and to present first-ever Jazz master classes at the Yerevan State Conservatory. With support from a CEC/Artslink grant and the Hovnanian Armenian School (NJ), Donelian launched the Jazz in Armenia Project, an artistic, educational and intercultural initiative. As Visiting Professor of Jazz, in 1999 and 2000 Donelian led master classes and impromptu workshops, gave solo piano concerts and appeared with resident musicians at local venues and in concerts honoring humanitarian efforts in rural areas.

Donelian won a 2002 Fulbright Scholar Award in support of his ongoing work in Armenia. For three months, he taught as Professor of Jazz at the Yerevan Conservatory, and performed during Jazz Appreciation Month (a State Department-sponsored program hosted by the American embassy) in major venues including Yerevan Philharmonic Hall.

During the Fulbright journey, Donelian also traveled to Russia, Georgia, Romania and France to present performances and master classes at conservatories in St. Petersburg, Tblisi, Iasi, Cluj and Paris. With grants from the US State Department and the Romanian Fulbright Commission, Donelian appeared as a featured solo pianist in the Kannon Jazz and Modern Dance Festival (Russia), the Richard Oshanitzsky Jazz Festival (Romania) and in a command performance for the American Ambassador to Georgia.

Donelian return to Armenia, for six weeks under a 2003 Fulbright Senior Specialist Award to develop the work begun during his first Fulbright visit, in 2004 under a CEC/Artslink grant, and in 2007 as a member of a group led by Nuyorican percussionist Bobby Sanabria under sponsorship of the American embassy. Donelian has also received Fulbright Senior Specialist Awards to teach in Finland (2004), Switzerland (2005), and Sweden (2006).

While teaching at the Manhattan School of Music in 2000, Donelian met talented Dutch saxophonist Marc Mommaas. Two years later, Donelian invited Mommaas to join him in a concert honoring the victims of 9/11. Because of their musical chemistry, Donelian and Mommaas have continued to work together. Their acclaimed album, All Or Nothing At All (Sunnyside), was released in 2006 with liner notes by David Liebman. In 2007, Donelian and Mommaas, who enjoy teaching together, founded the Summer Jazz Duo Workshop in Hudson, NY, that has attracted an international following.